International Wrestling League have announced that Connor Mills will defend the IWL Championship against Spike Trivet on April 25th event at The Resistance Gallery in Bethnal Green, London while Roy Johnson has also announced a Wasteman Challenge for the same event.

Tickets are on sale now at www.internationalwrestlingleague.com.

4th Generation Wrestling have scheduled seven contests for their All Night Long event on April 19th, 2019 at the Ossett Town Hall:

Tickets on sale now at www.4gwuk.com.

It has been confirmed that Grado will face Shawn Johnson at Wrestlezone Aberdeen Anarchy 2019 at the Beach Ballroom in Aberdeen, Scotland on April 13th, 2019.

Tickets are on sale now at www.ringsideworld.co.uk.

Kamikaze Pro have announced that the third match scheduled for their May 4th event at The Cadbury Club in Birmingham, England will see Chantal Jordan face The Hammer Heeley in singles competition. 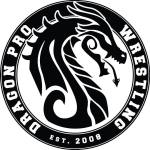 It has been confirmed that “Dragon Heart” Danny Jones and “Smashmouth” Chris Ridgeway will face Sid Oakley and Jay Joshua for the Dragon Pro Tag Team Championship on April 28th, 2019 at the NEON in Newport, Wales at Burning Hearts.

Tickets are on sale now and can be purchased here.

New Generation Wrestling UK have announced that Conor Renshaw will defend the Proving Ground Championship against Dara Diablo in Beverley on May 5th, 2019.

Fight Club: PRO have confirmed that due to Amazing Red’s retirement from professional wrestling, Mike Quackenbush shall now team with Puma King and Robbie Eagles to face the trio of Chris Brookes, Kid Lykos and Kyle Fletcher in Jamaica, New York at the NYC Arena on April 4th, 2019 at Fight For Destiny.

HOPE Wrestling have confirmed that Alex Cupid and Danny Chase shall compete against each other on April 21st, 2019 at the Shirebrook Welfare in Shirebrook, England.

Tickets on sale now at www.hopewrestling.co.uk.

Tickets available on the door, on the night of the event.

PROGRESS Wrestling have announced that Bill Eaver, Spike Trivet, Drew Parker and Chuck Mambo of Do Not Resuscitate shall face the quartet of Mark Haskins,  Jimmy Havoc, Mark Andrews and El Ligero in an 8-man no disqualification match on on Day 2 of Super Strong Style 16 2019 on May 5th, 2019 at the Alexandra Palace in London, England. It has also been confirmed that WWE NXT star, Kyle O’Reilly of the Undisputed Era is the 15th entrant in the Super Strong Style 16 tournament which takes place over the three-day event.

Tickets are on sale now through the Alexander Palace events website, here.