Southside Wrestling have announced that Cara Noir and Visage shall face each other in singles competition on May 4th, 2019 at The Corporation in Sheffield at their May The 4th Be With You event.

Tickets are on sale now at www.southsidewrestling.co.uk. 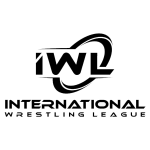 GOOD Wrestling have confirmed that Gene Munny will face Sierra Loxton in Milton Keynes at The Craufurd Arms on May 11th 2019 at GOOD 14: Dethink To Survive with the winner qualifying for The Gift Of GOOD tournament.

Tickets on sale now at www.GOODWrestling.com.

Fierce Females have announced the following six contests for their April 14th event, Goddess Of War at The Shed in Glasgow, Scotland:

Tickets are available now at www.fiercefemales.co.uk.

It has been confirmed that Mr P will defend the Wrestlezone Tri-Counties Championship in a fatal 4-way match against Andy Wild, Jason Reed and Shawn Johnson at Wrestlezone Aberdeen Anarchy 2019 at The Beach Ballroom in Aberdeen, Scotland.

Attack! Pro Wrestling have scheduled four matches for their April 7th, 2019 event, My Sacrifice III at Walkabout in Cardiff, Wales:

Tickets are on sale now at www.attackprowrestling.bigcartel.com.