Main Event Wrestling UK have confirmed a sixth match for their November 23rd event, Clash of the Radgies: Tartan Takeover at the Innisfree Sports & Social Club in Innisfree, Newcastle, England.

It has been announced that Rory Coyle, Shreddy Brek, Aaron Echo and Joseph Biggs will compete in a fatal 4-way match in Innisfree, Newcastle on November 23rd. 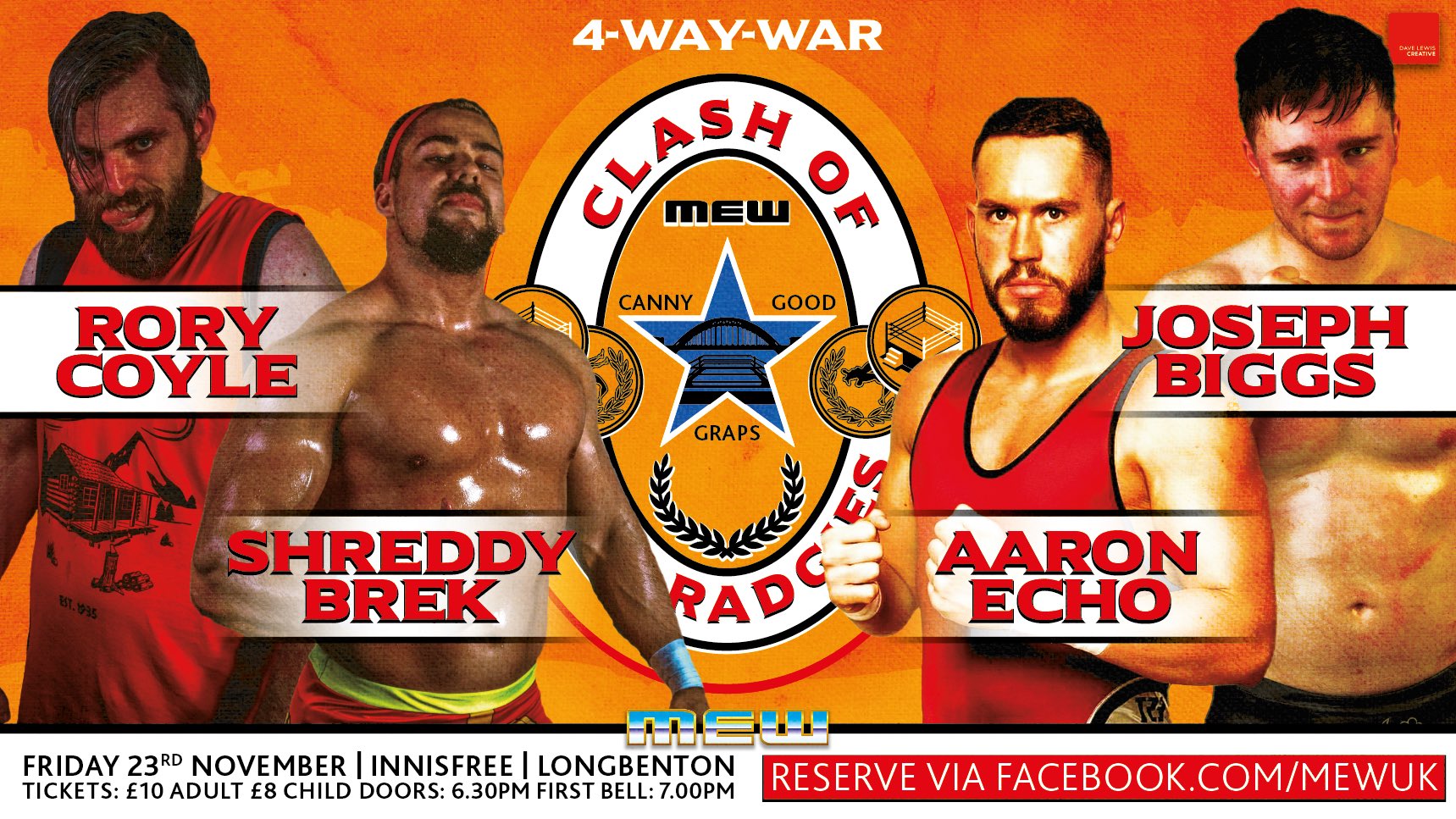 Prince Ameen vs No Fun Dunne

Tickets: Available on the door, on the night (subject to availability).