Wrestlezone have signed a championship main event for their November 24th event, Live In Arbroath at the Arboath Community Centre in Arbroath, Scotland.

It has been confirmed that “The Revolutionary” Damien will defend the Wrestlezone Undisputed Championship in a triple threat match against Jason Reed and Andy Wild in Arbroath on November 24th. 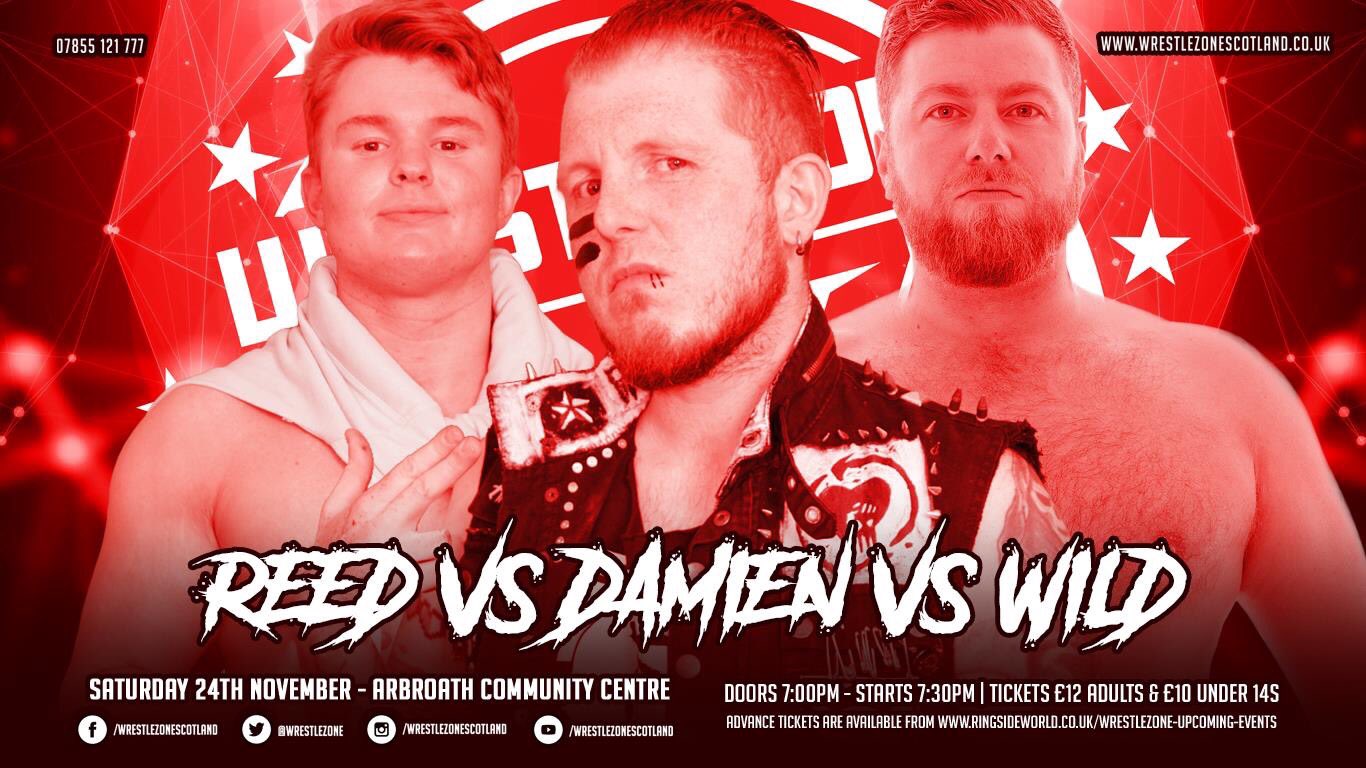 Jason Reed vs “The Revolutionary” Damien (c) vs Andy Wild