Southside Wrestling have announced a third contest for their December 28th event, Lethal London at The Resistance Gallery in Bethnal Green, London, England.

It has been confirmed that current Southside Heavyweight Champion, Rob Lynch and Greg Burridge will face Joseph Conners and El Ligero of The Joseph Conners Experience With Ligs in Bethnal Green, London on December 28th. 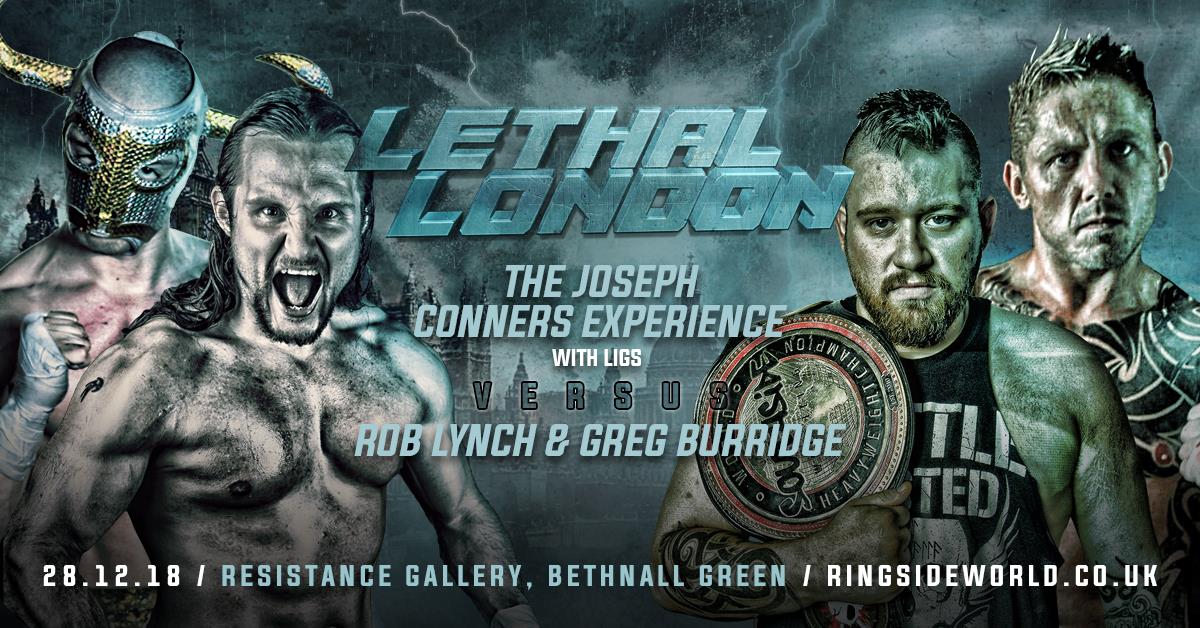