Discovery Wrestling have confirmed a seventh match for their November 4th event, 48 Months Later at The Jam House in Edinburgh, Scotland.

It has been announced that Theo Doros will compete against Grant McIvor in Edinburgh on November 4th at 48 Months Later with Christopher Saynt acting as the special referee for the contest. 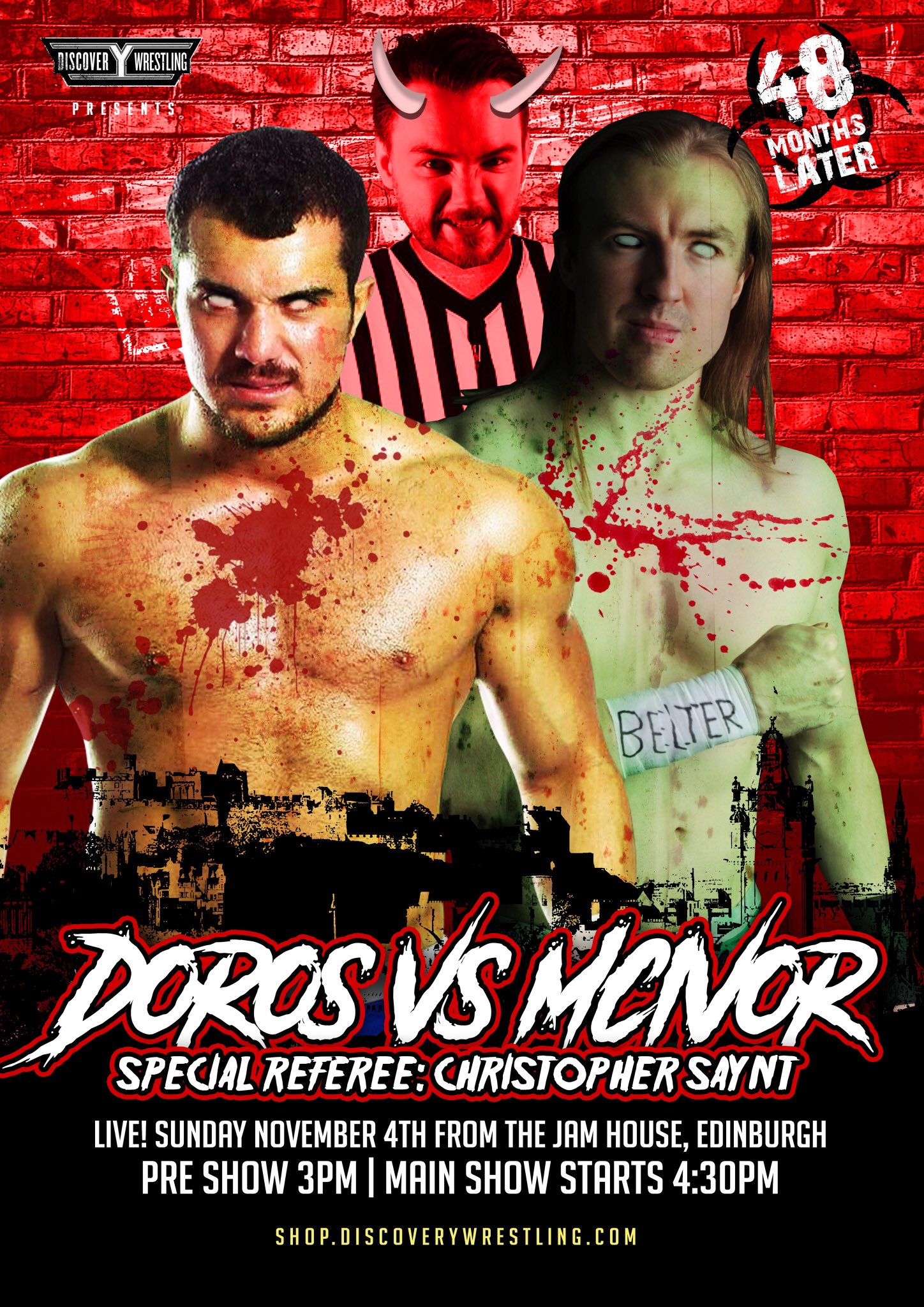 Tickets: Available now through the official Discovery Wrestling website, here. Also available on the door, on the night (subject to availability).