Grand Pro Wrestling have announced a second contest for their October 26th event, Friday Night Thriller 11 at The Rose Club in Hindley,Wigan, England.

It has been confirmed that Martin Kirby will face Sandy Beach in a Crazy Cruiser-8 qualifying match in Hindley, Wigan on October 26th. 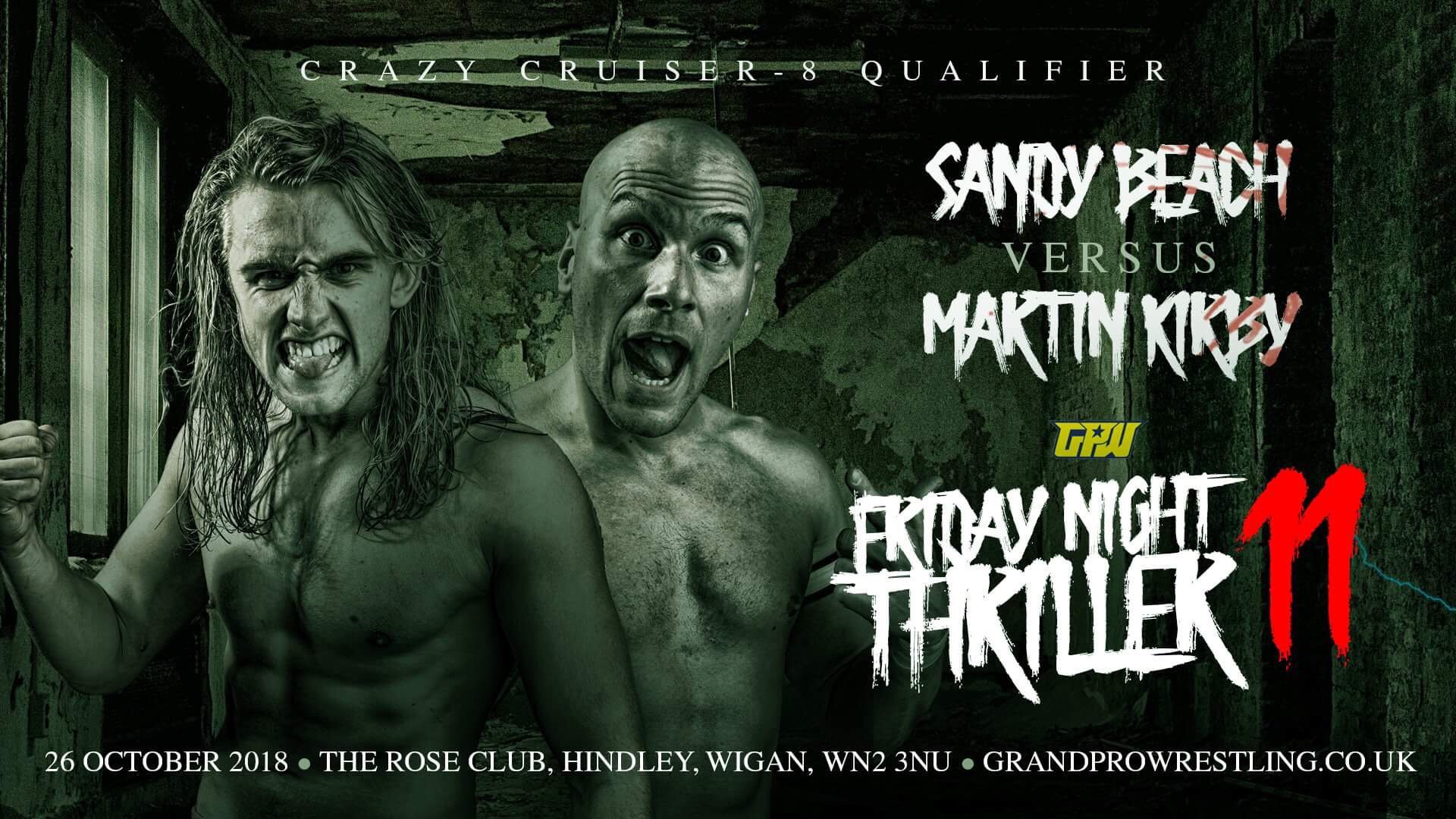 Tickets: Available now through the official Grand Pro Wrestling website, here. Also available on the door, on the night (subject to availability).