4th Generation Wrestling and Southside Wrestling have confirmed a change to a match scheduled for their September 29th event, Two Can Play That Game at the Castleford Civic Centre in Castleford, England.

It has been announced that El Ligero, who was originally scheduled to face Rob Lynch, will now compete against Paul Malen in singles action in Castleford on September 29th. 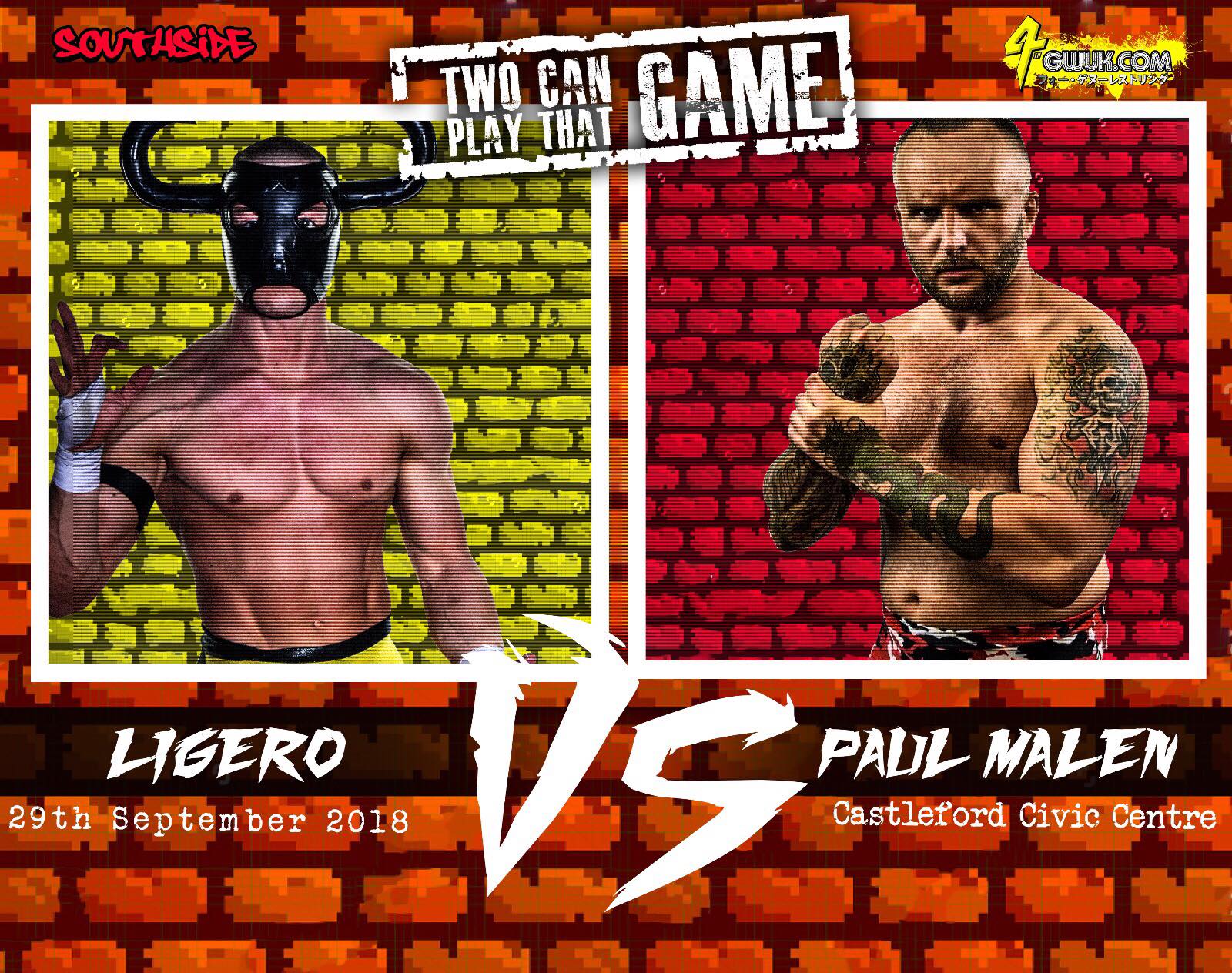