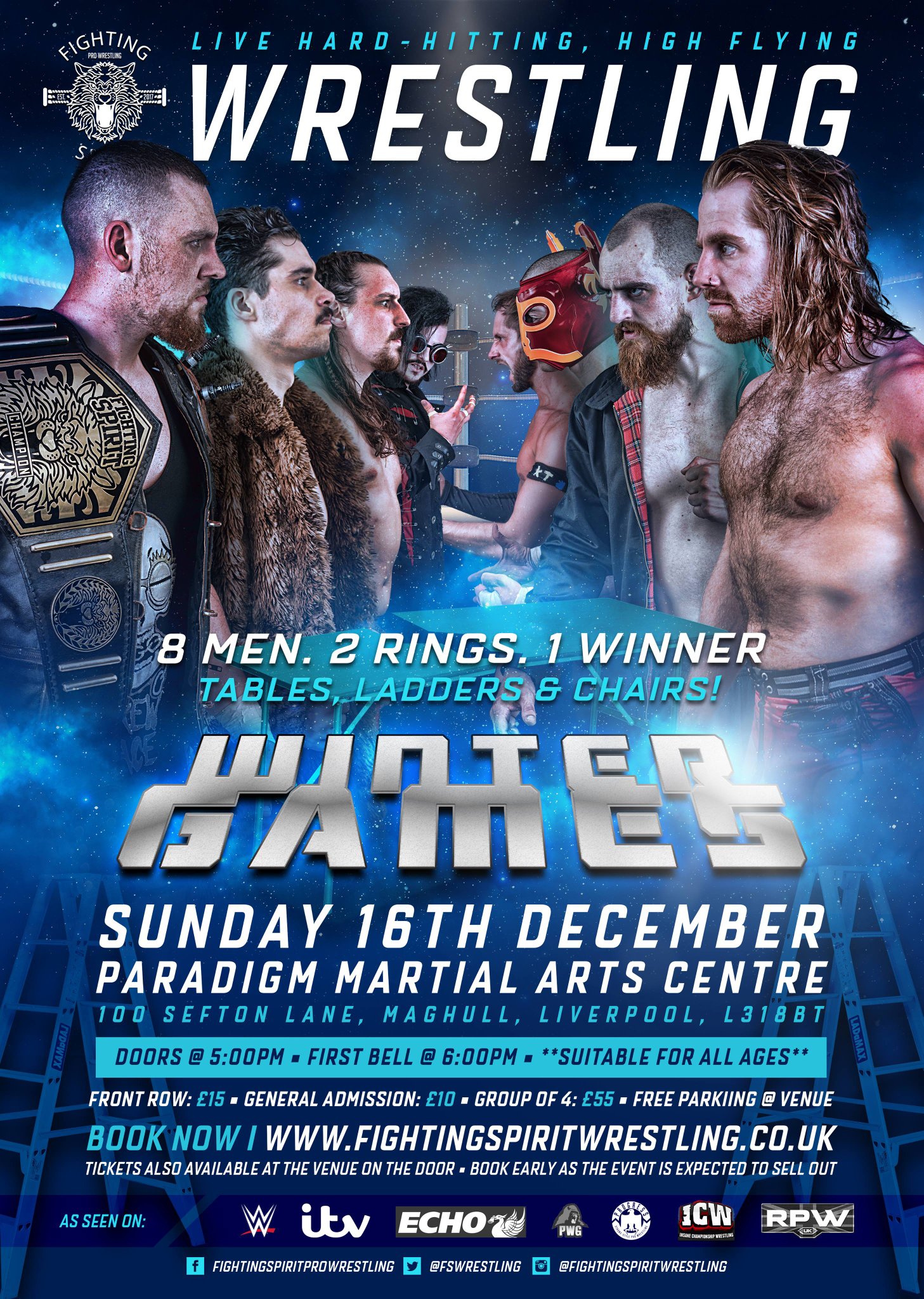 Tickets: Available now through the official Fighting Spirit Pro Wrestling website, here. Also available on the door, on the night (subject to availability).