Southside Wrestling have announced a fifth contest for their October 27th event, 8th Anniversary Show at the Craig Gordon Theatre in Stevenage, England.

It has been confirmed that the winners of All Knighters vs Trial By Violence on September 29th will defend the Southside Tag Team Championship in a fatal 4-way against Xia Brookside and Sean Kustom of The Jaw Dropperz, The Joseph Conners Experience feat Ligs and The 198’s Flash Morgan Webster and Wild Boar in Stevenage on October 27th. 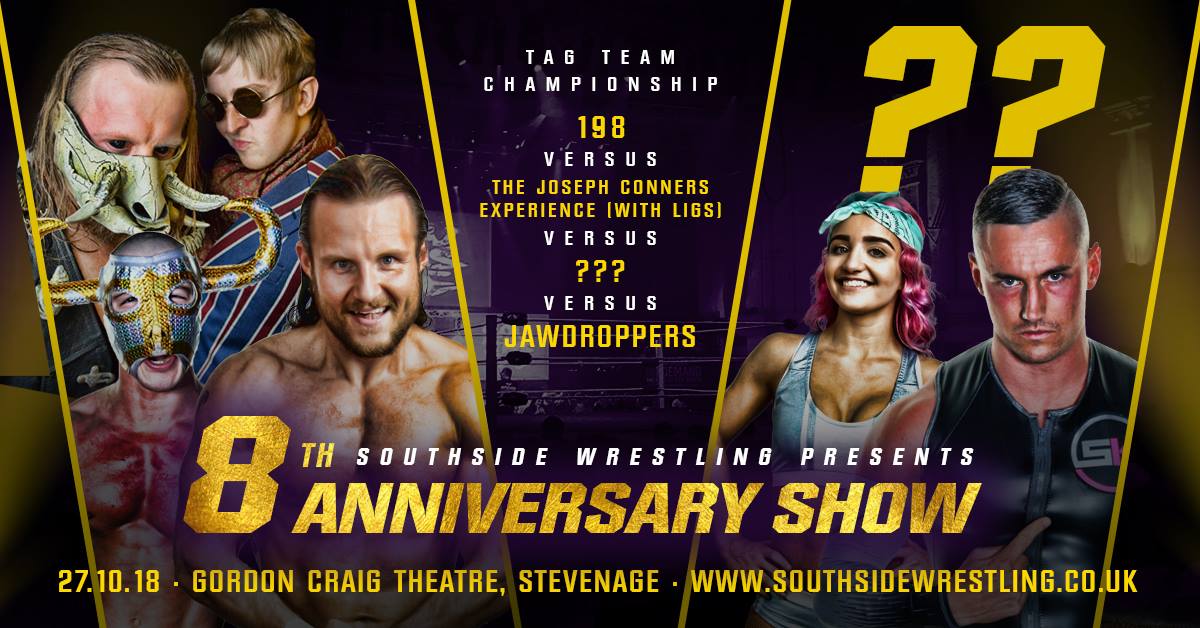