3 Count Wrestling have signed a second championship defence for their October 12th event, Revival at the Billingham Synthonia Social Club in Billingham, England.

It has been announced that Alex Gracie will challenge Rampage Brown for the 3CW Championship in Billingham on October 12th. 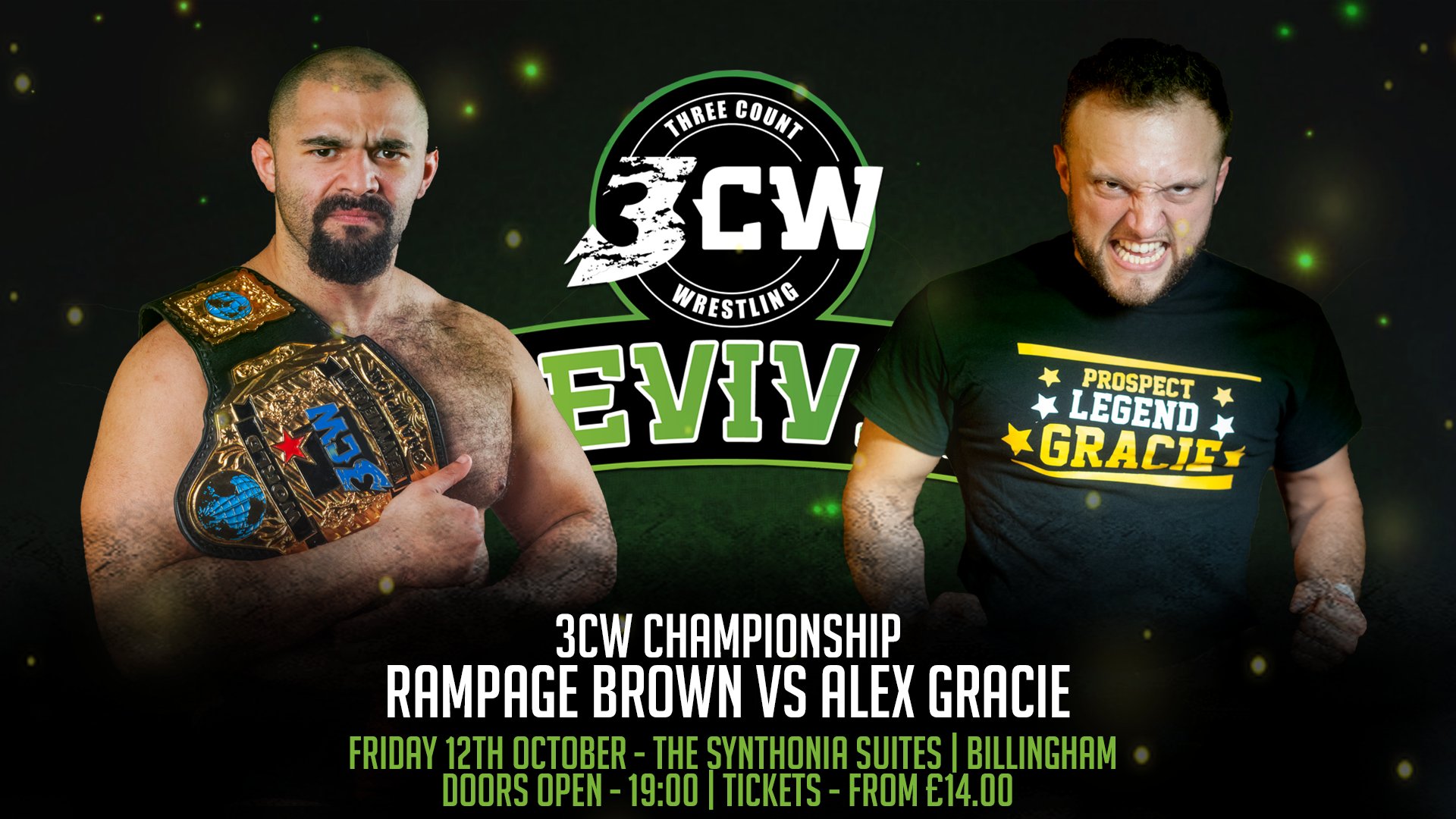