It has been announced that Hirooki Goto will face one half of the Undisputed British Tag Team Champions, Zack Sabre Jr in singles competition in London on October 14th at Global Wars UK 2018. 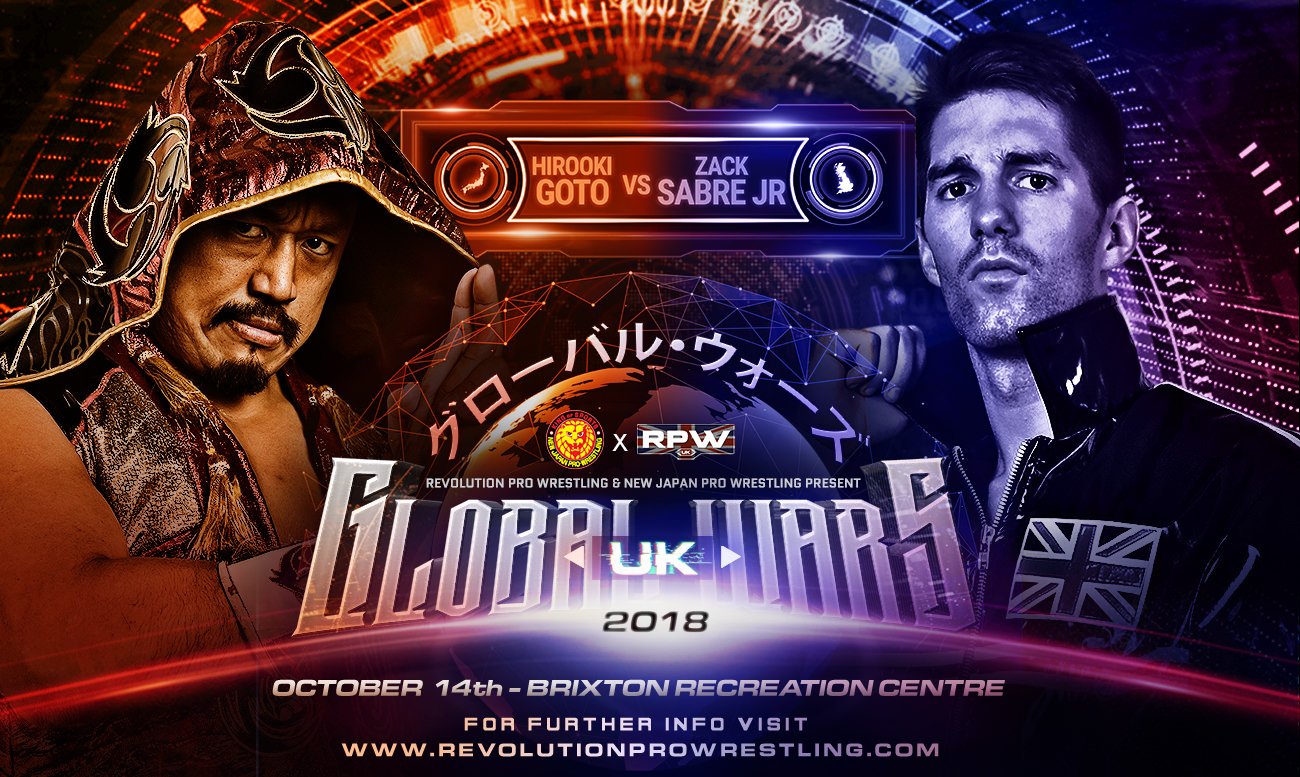 Tickets: Available from September 17th through the official Revolution Pro Wrestling website, here. Also available on the door, on the night (subject to availability).