3 Count Wrestling have announced a third championship match for their September 30th event, Darkest Deeds at The Borough Hall in Hartlepool, England.

It has been confirmed that H.T Drake and Satchel Jones will challenge The Sons of the Damned, Rory Coyle and Dragon Aisu for the 3CW Tag Team Championship in Hartlepool on September 30th. 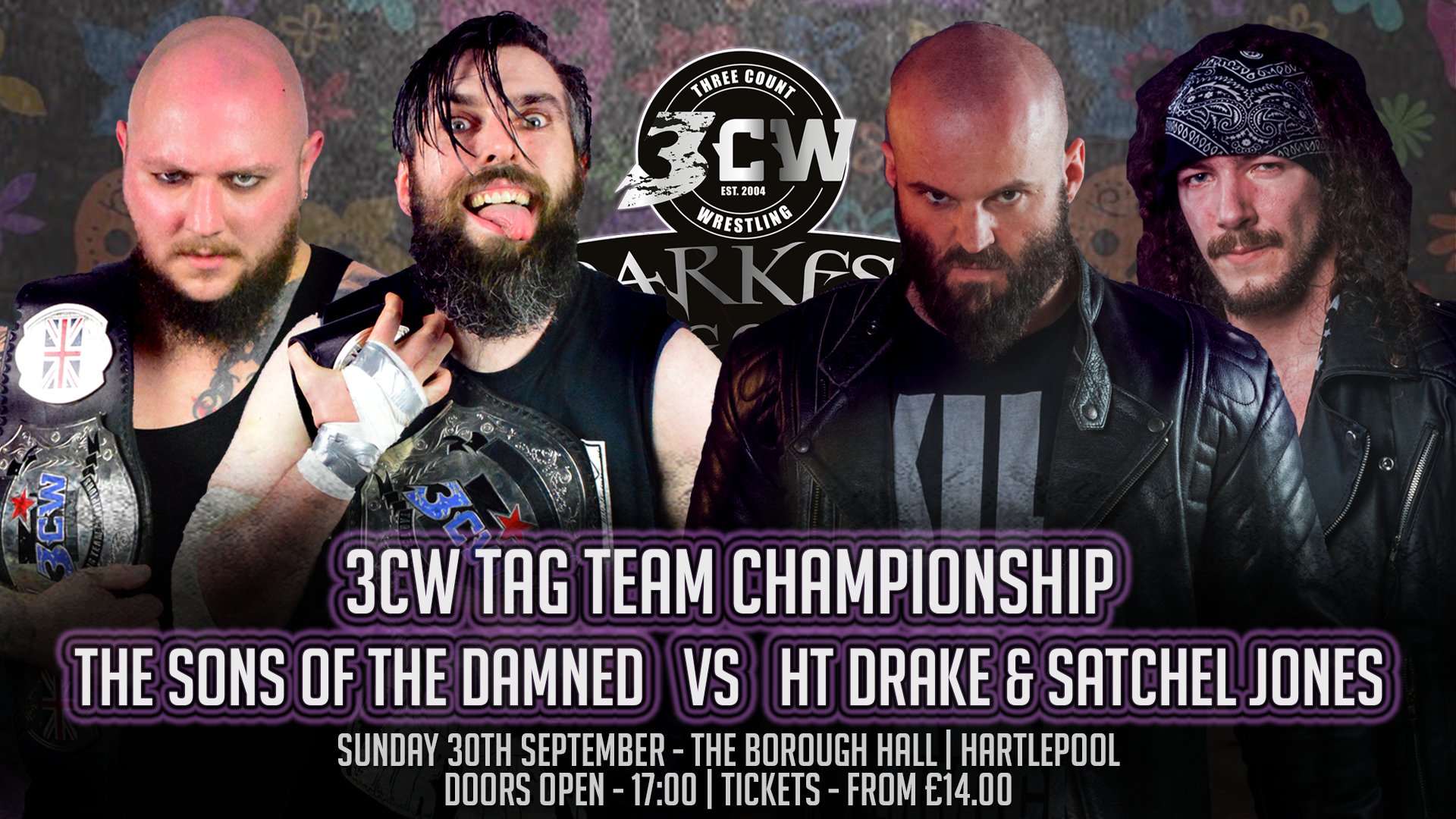