Southside Wrestling have announced a second contest for their October 27th event, 8th Anniversary Show at the Craig Gordon Theatre in Stevenage, England.

It has been confirmed that Kay Lee Ray will challenge Kasey for the Queen Of Southside Championship in Stevenage on October 27th. 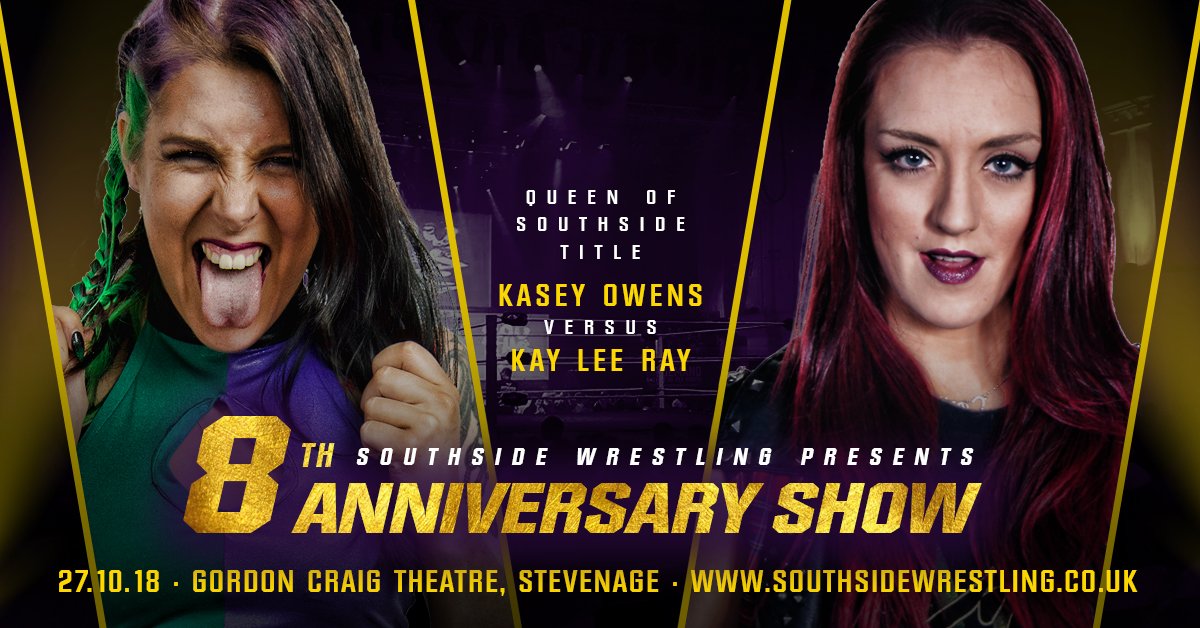