Over The Top Wrestling have signed a championship main event for their October 13th event, Fourth Year Anniversary at the National Stadium in Dublin, Ireland.

It has been announced that “The Ring General” WALTER will defend the OTT World Championship against “The Aerial Assassin” Will Ospreay in Dublin on October 13th. 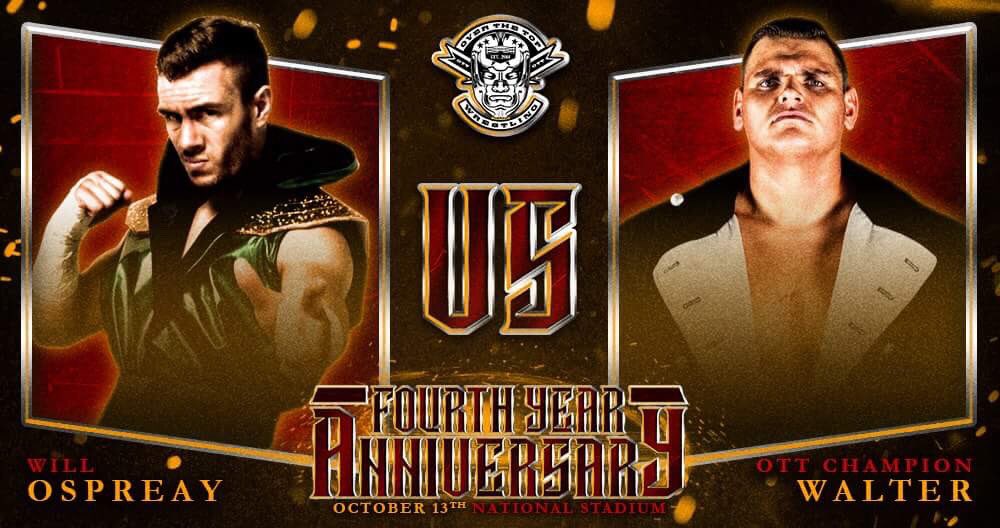 “The Aerial Assassin” Will Ospreay vs “The Ring General” WALTER