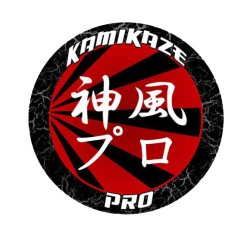 The following results are from Kamikaze Pro Inglorious at The Cadbury Club in Bournville, Birmingham, England on September 9th, 2018:

“The Pride Of Wales” Eddie Dennis defeated “The Badman” Marshall X by pinfall.

*During the match, Luke Douglas interfered but was taken out by Kay Jutler. A masked man then interfered, leading to Clint Margera’s win.

Our thanks to Kamikaze Pro for the results from the event.