NORTH Wrestling have confirmed a sixth match for their September 15th event, Nobody Pray For Me at the Riverside in Newcastle, England.

It has been announced that Screwface Ahmed’s open challenge for a match at the Riverside on September 15th has been answered by Sid Scala. 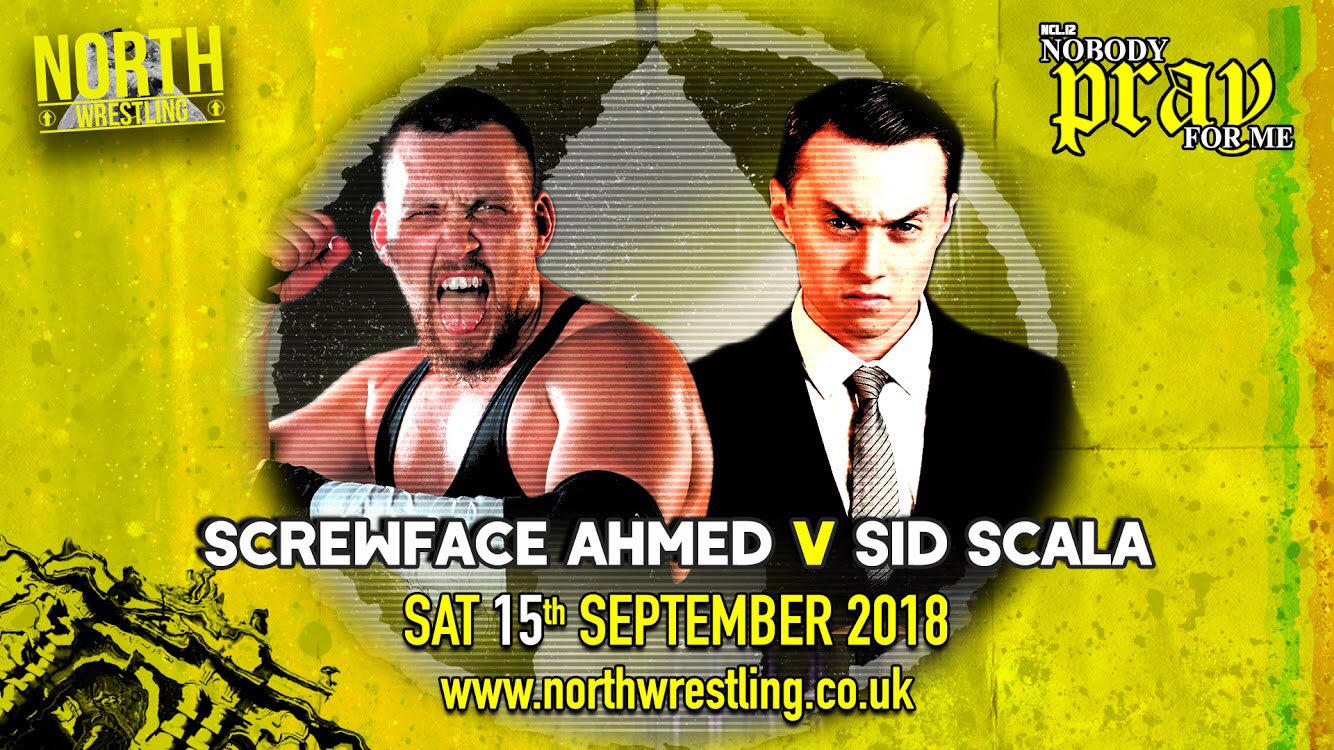