Tidal Championship Wrestling have announced the fourth contest for their October 21st event, Against All Odds 5: Toxic Edition at the Temple Of Boom in Leeds, England.

It has been confirmed that Rampage Brown will compete against TK Cooper in singles action in Leeds on October 21st. 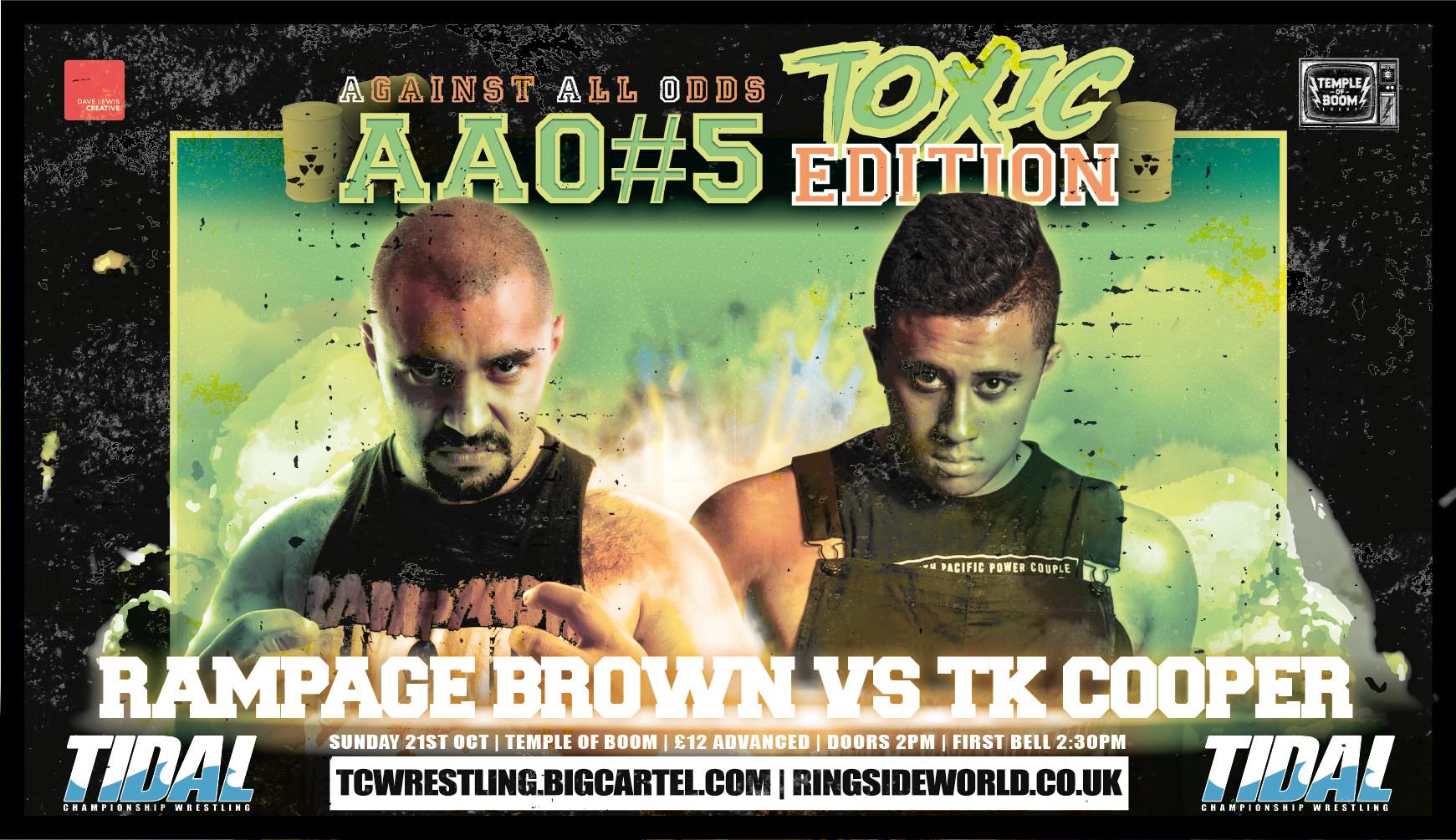