Revolution Pro Wrestling have signed two new contests for their September 7th event, Brawl At The Guildhall at the Portsmouth Guildhall in Portsmouth, England.

The first new match confirmed will see Flamita and Bandido face each other in singles competition in Portsmouth on September 7th. The second new contest scheduled for September 7th shall see Colt Cabana compete against “The Product” David Starr in singles action at the Portsmouth Guildhall. 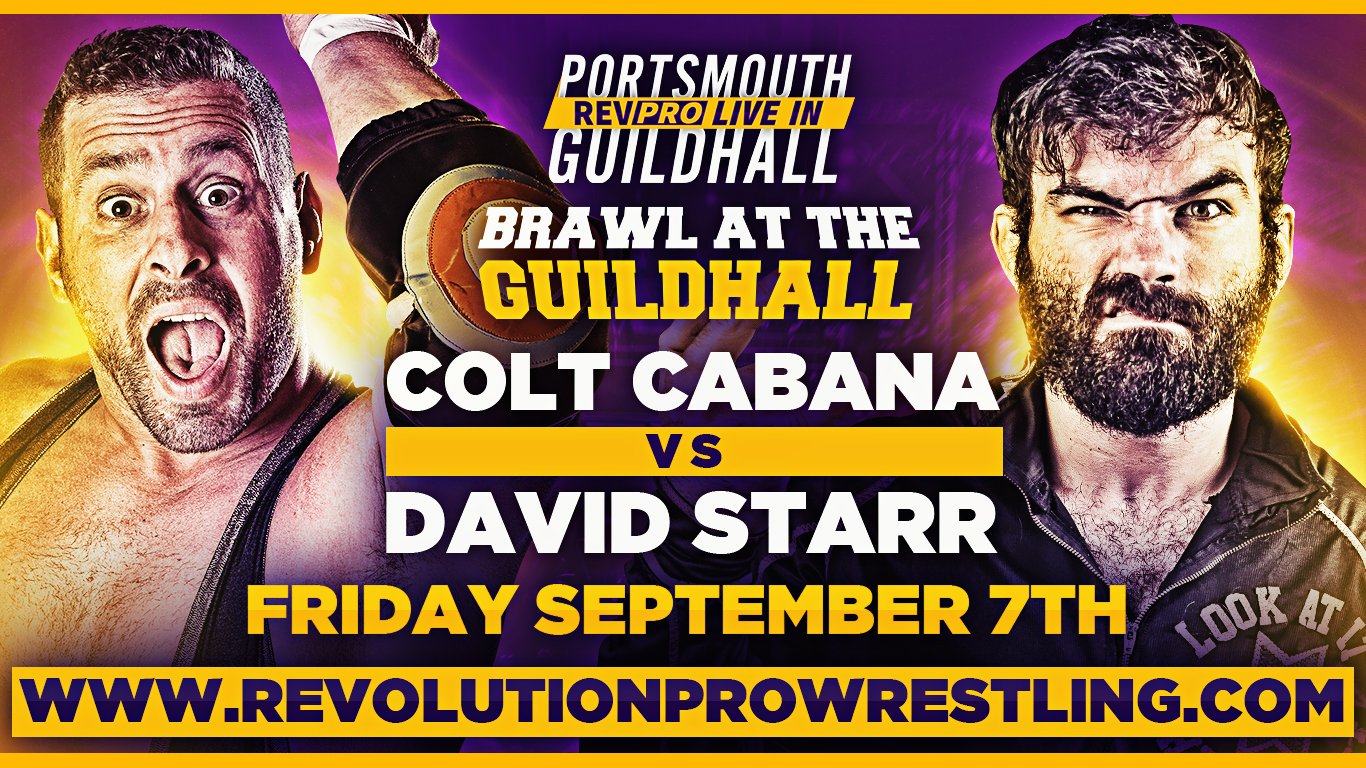