GOOD Wrestling have announced a third match for their September 15th event, Medium Raw at The Craufurd Arms in Milton Keynes, England.

It has been confirmed that Rickey Shane Page and Millie McKenzie will face each other in singles competition in Milton Keynes on September 15th. 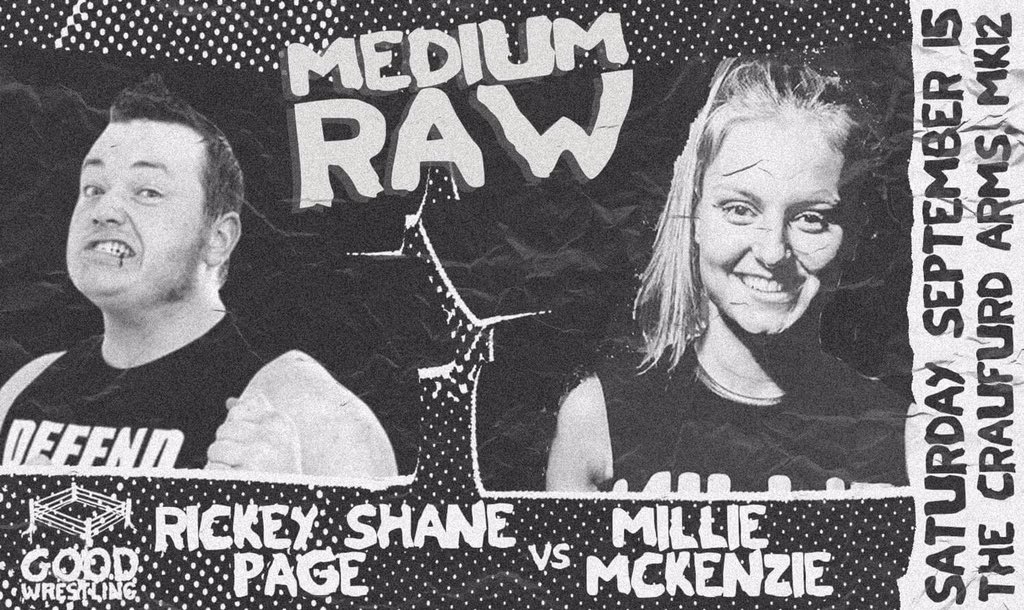 Tickets: Available now through the official GOOD Wrestling website, here. Also available on the door, on the night (dependent on availability).