It has been confirmed that Adam “FLEX” Maxted will defend the MEW Heavyweight Championship against “Gimmick Killer” H.T Drake in Longbenton, Newcastle on September 28th with Jason Prime as the special guest referee. 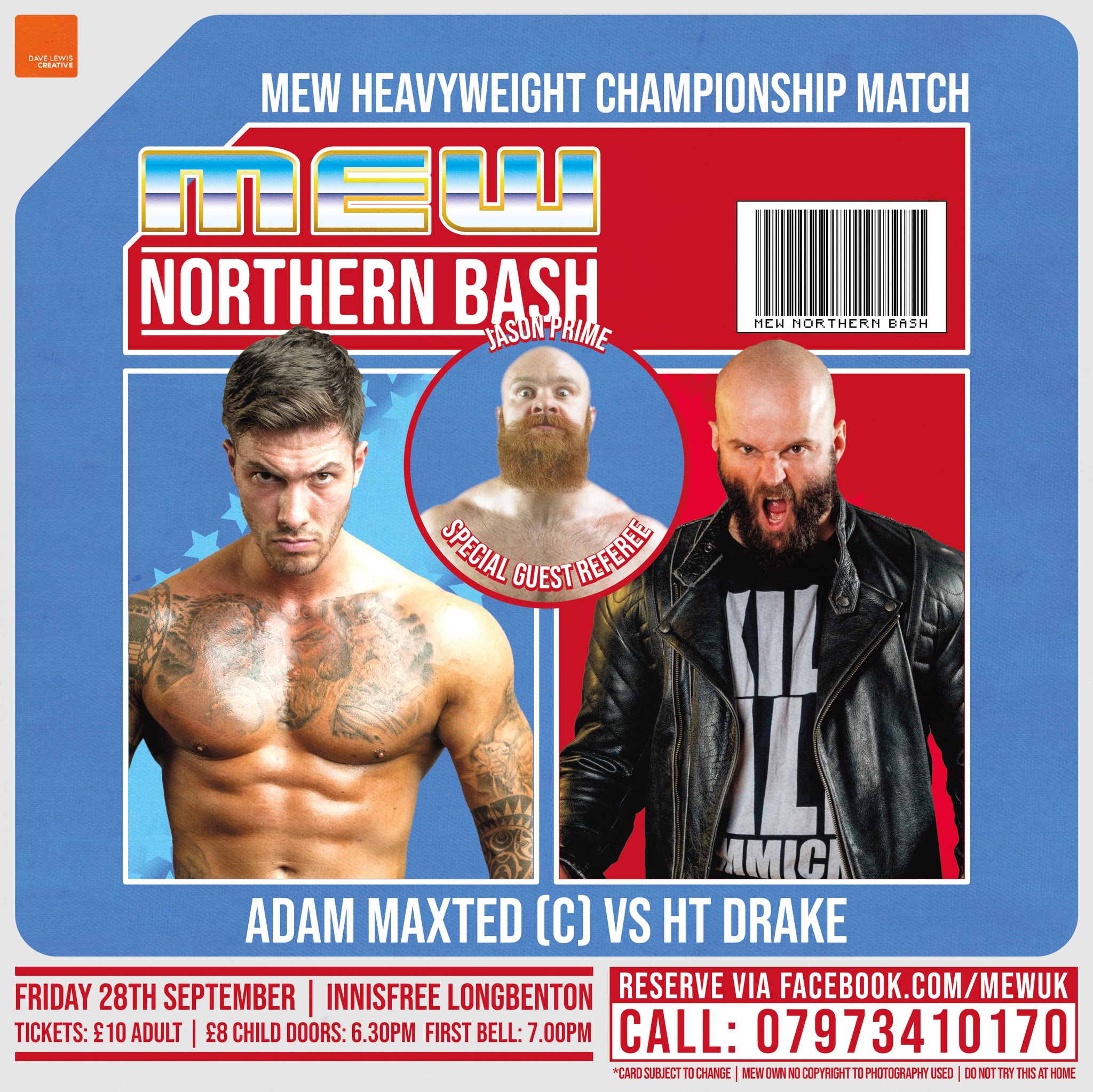