It has been confirmed that Michael May will defend the PWU All Ulster Championship against Dmitri Krakovic in Belfast on September 2nd. 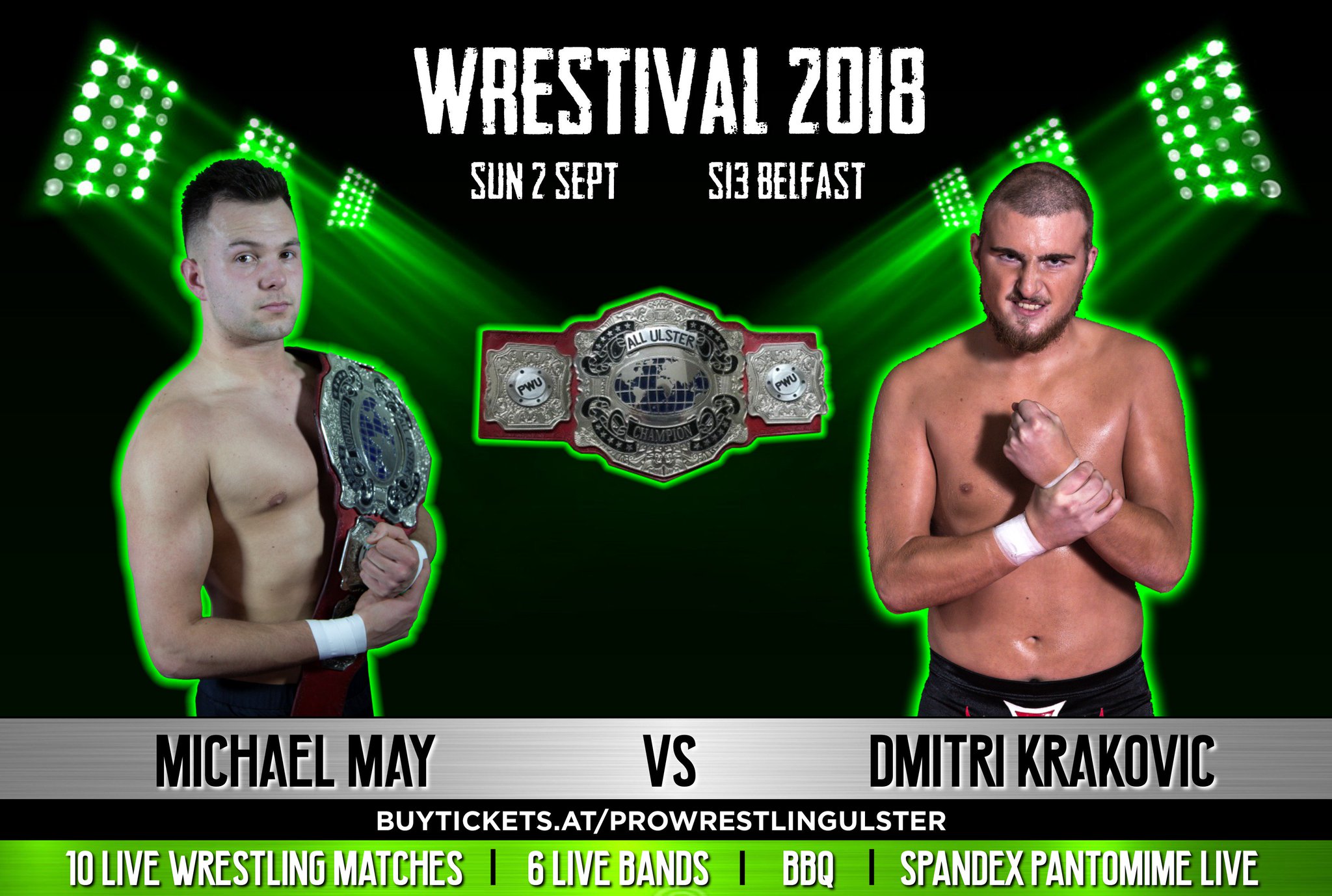 Michael May (c) vs Dmitri Krakovic

Prento vs Mitch Baxter vs Bobbi Diamond vs Young Lion