Alpha Omega Wrestling UK have announced a second championship defence for their September 29th event, Golden Chance 2018 at The Carleton in Morecambe, England.

It has been confirmed that Sexy Kev and Hornee Shaunee of Big Sexxx will defend the Alpha Omega Tag Team Championship against Jynkz and a partner of his choosing in Morecambe on September 29th. 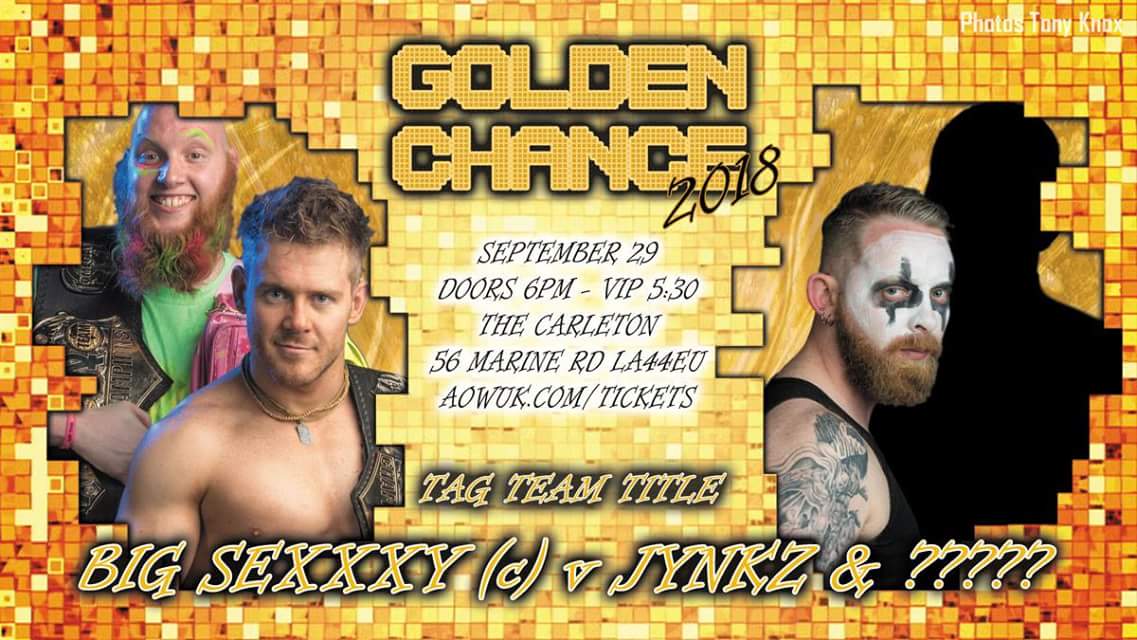 Jami Sparx vs Jennie B (c) vs Alexxis Falcon

Tickets: Available now through the official Alpha Omega Wrestling UK website, here. Also available on the door, on the night (dependent on availability).