Southside Wrestling have announced a seventh contest for their September 1st event, Adrenaline Rush 2018 at The Gordon Craig Theatre in Stevenage, England.

It has been confirmed that Sean Kustom will compete against Gabriel Kidd in singles action in Stevenage on September 1st at Adrenaline Rush 2018. 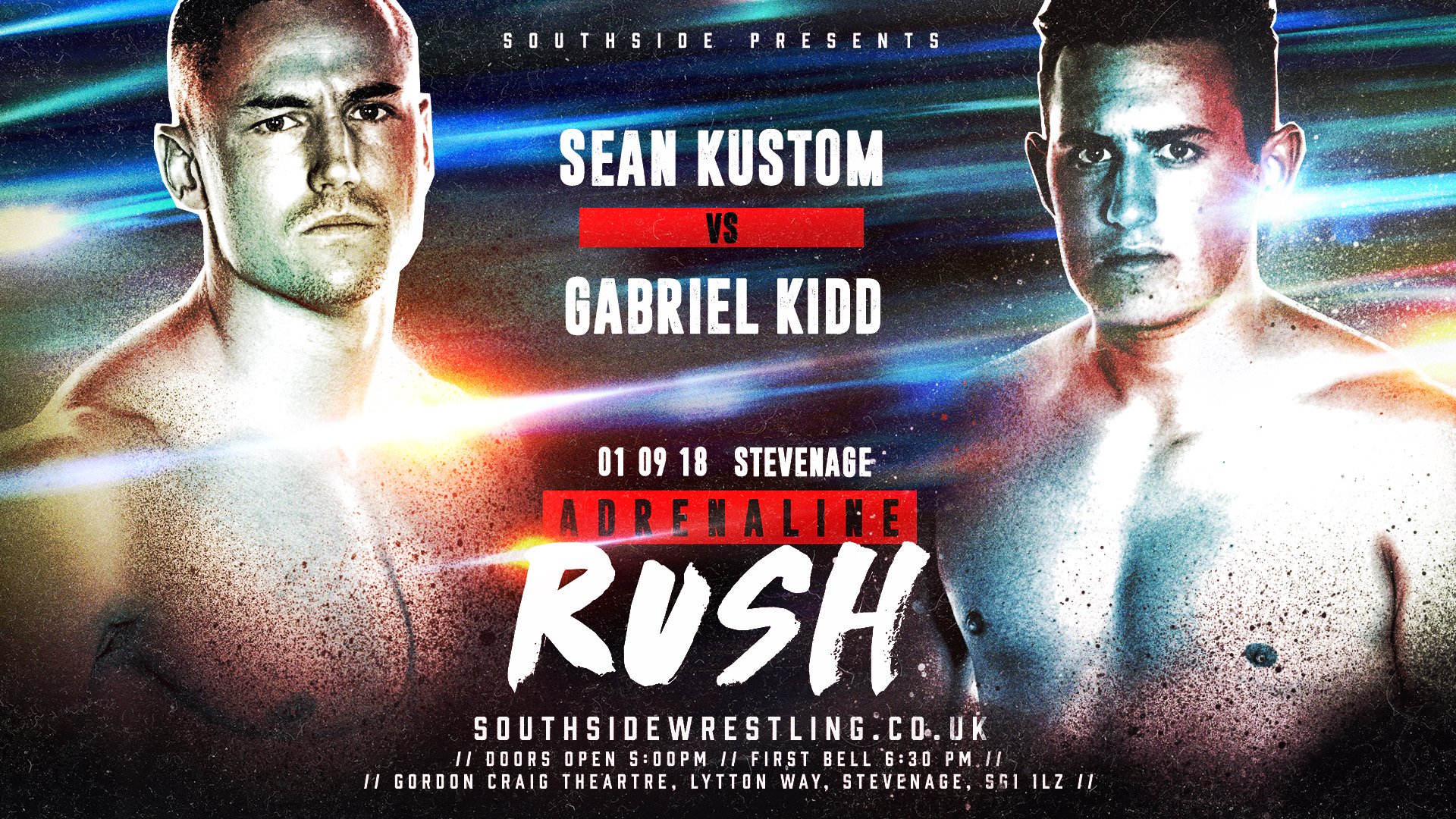