Discovery Wrestling have confirmed a second championship match for their September 2nd event at The Jam House in Edinburgh, Scotland.

It has been announced that Christopher Saynt will challenge “The Iron King” Joe Coffey for the Discovery Y Division Championship in Edinburgh on September 2nd. 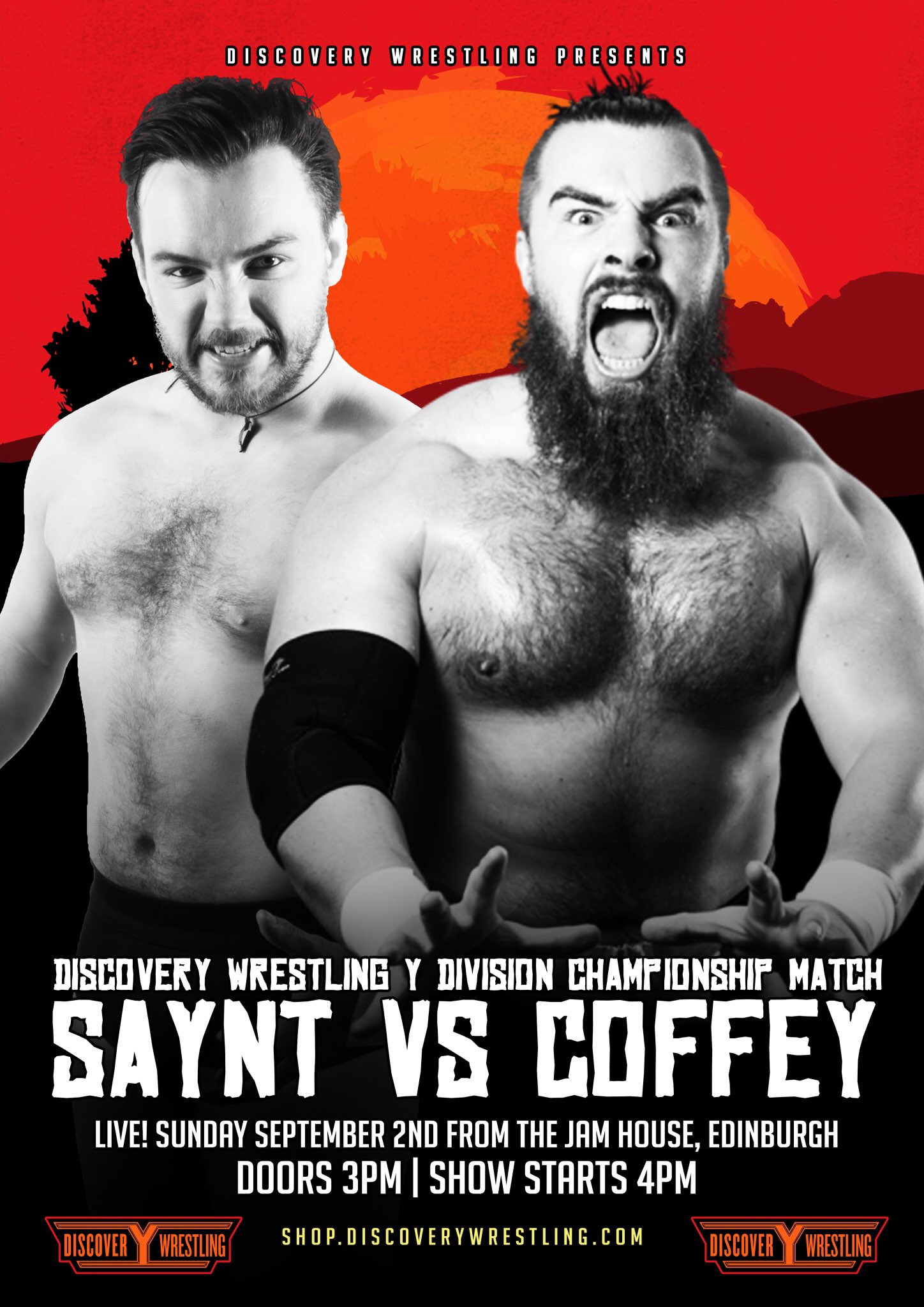