Phoenix Wrestling have confirmed a fifth match for their August 24th event, Oops… We Did It Again! at The Kino in Cork, Ireland.

It has been announced that Fabulous Nicky will compete against Billy Bedlam in singles action in Cork on August 24th. 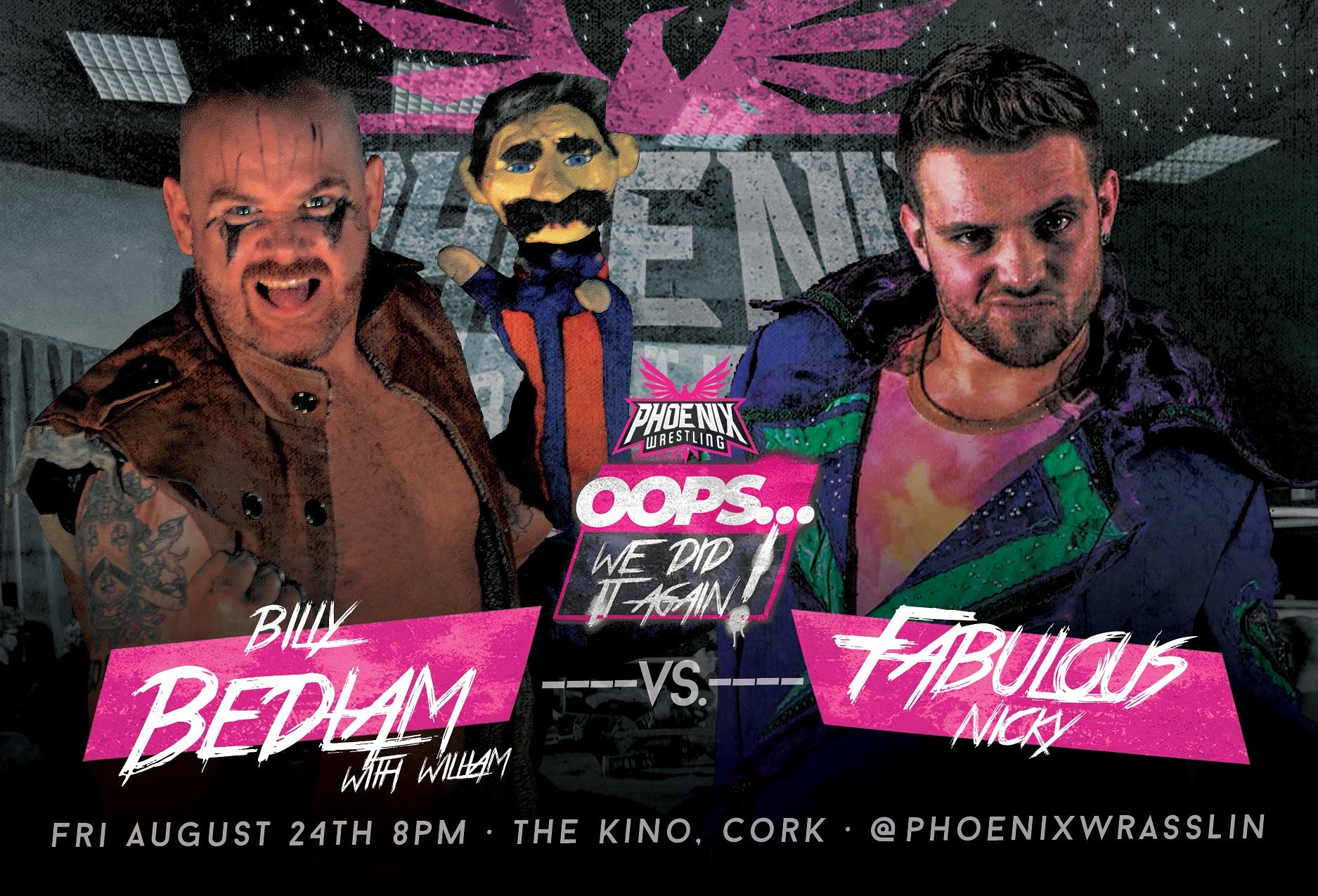 Brusier vs Scotty Davis vs Steve Savage vs LJ Cleary