NORTH Wrestling have signed a fifth contest for their September 15th event, Nobody Pray For Me at the Riverside in Newcastle, England.

It has been confirmed that Lou Nixon and Shreddy Brek of England’s Hardest Men will face Team Sin’s Nathan Cruz and Lucas Steel in tag team action at the Riverside on September 15th. 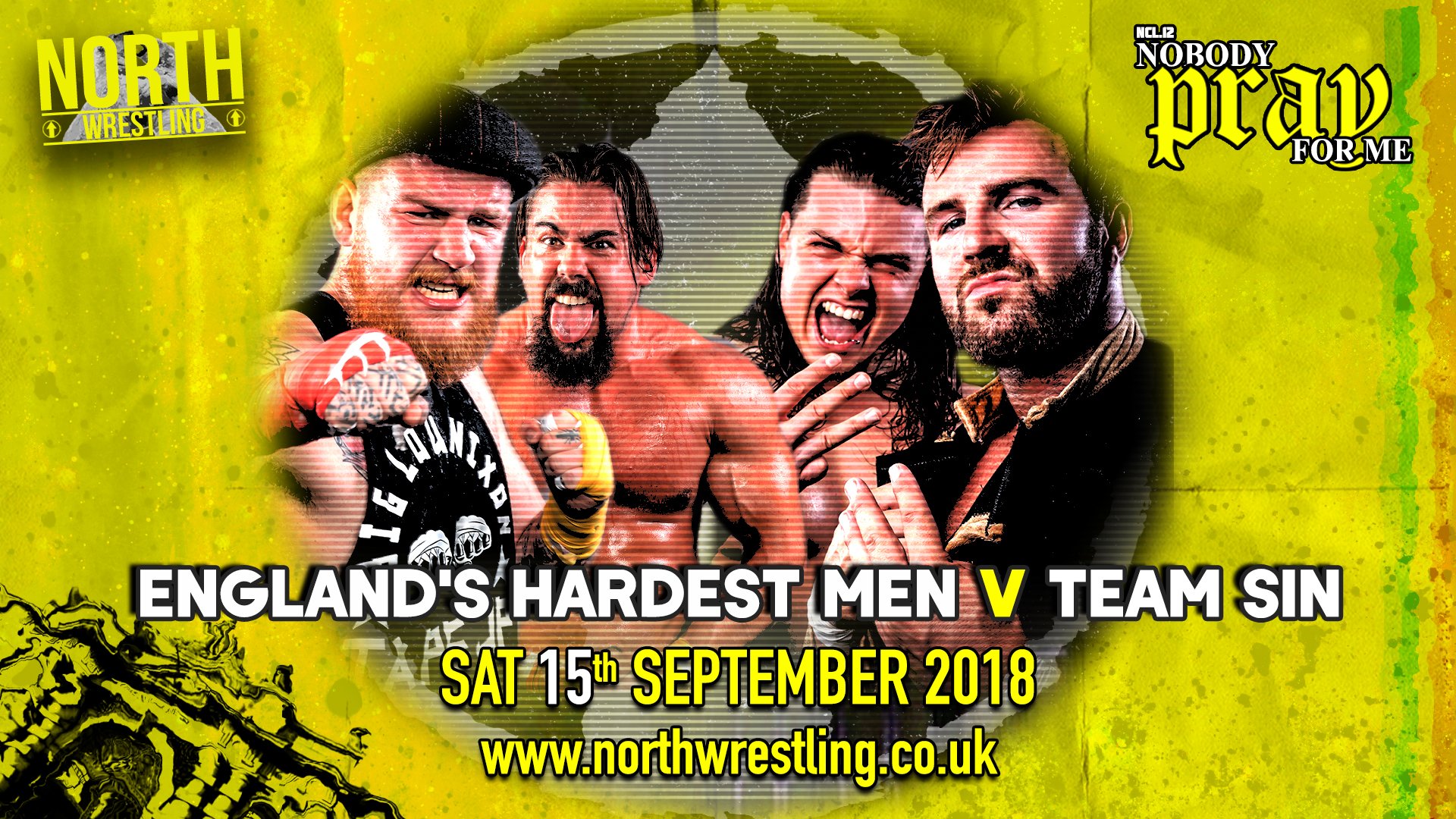