Southside Wrestling have confirmed a second championship match for their September 1st event, Adrenaline Rush 2018 at The Gordon Craig Theatre in Stevenage, England.

It has been announced that Kip Sabian and Big Grizzly of GBH will challenge The Joseph Conners Experience with Ligs for the Southside Tag Team Championship in Stevenage on September 1st at Adrenaline Rush 2018. 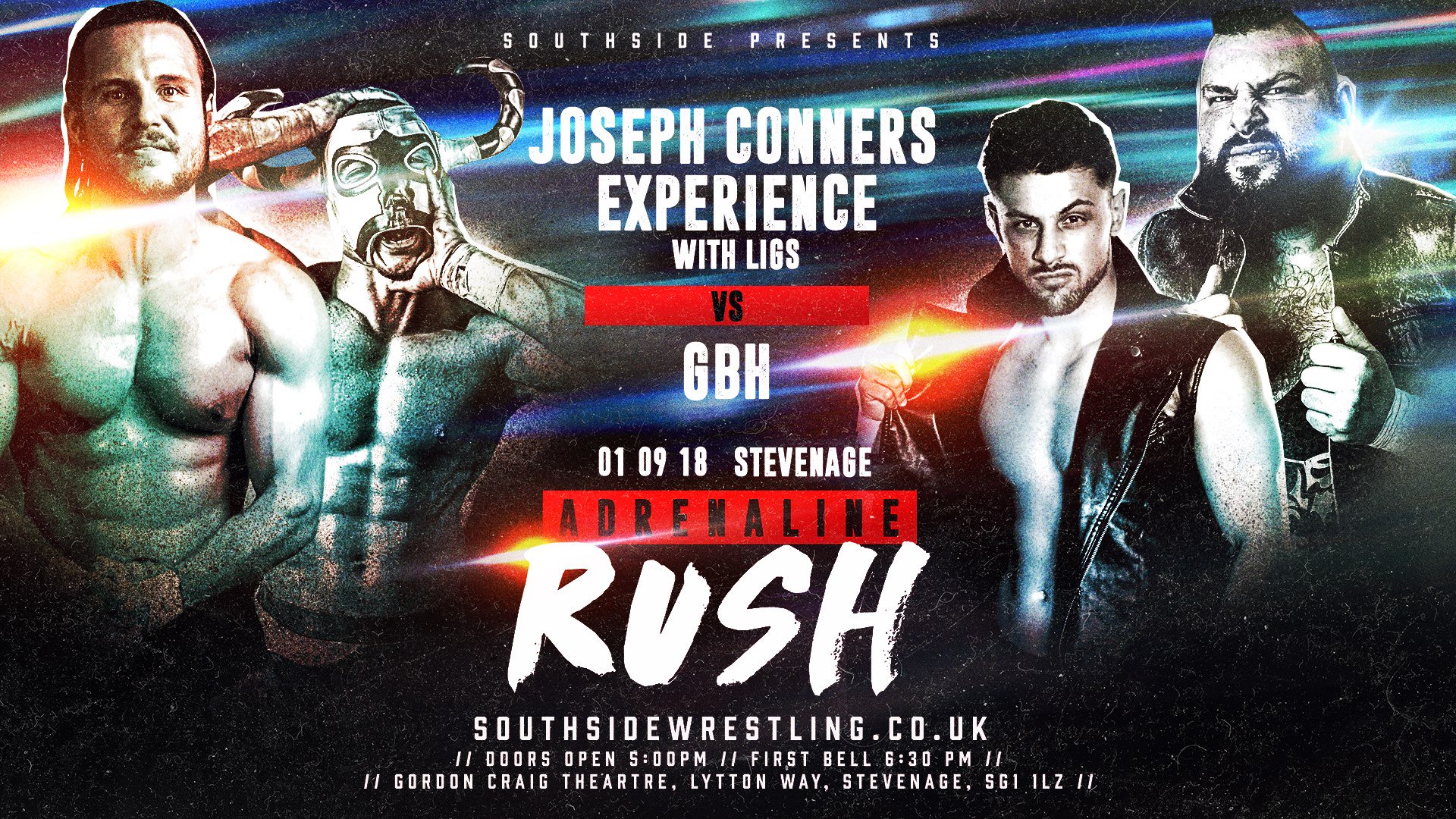