Ironfist Wrestling have announced a second match for their August 25th event, Butch Cassidy And The Dynamite Kid at the Bengeworth Social Club in Evesham, England.

It has been confirmed that Xander Cooper will defend the Ironfist Wrestling Championship against an opponent of his choice in Evesham on August 25th. 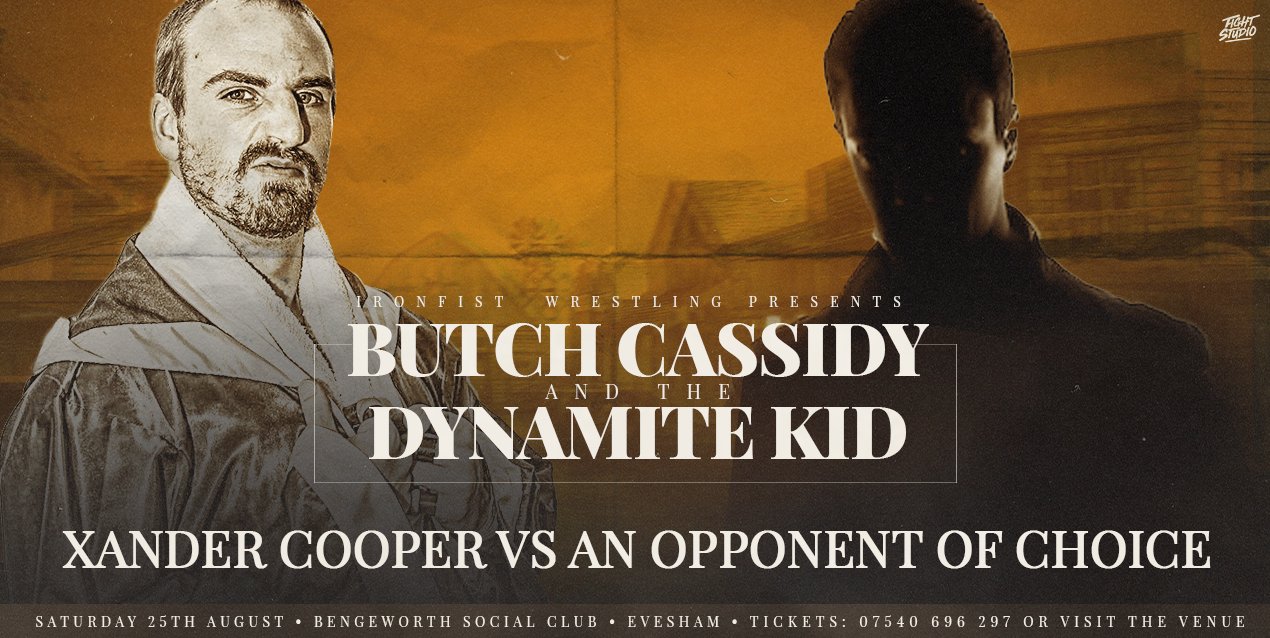 Xander Cooper (c) vs His Choice Of Opponent