It has been confirmed that “The International King Of Swerve” Shane Strickland will compete against “The Dominator” Great O-Kharn in singles action in Bethnal Green, London on August 17th at Summer Sizzler 2018. 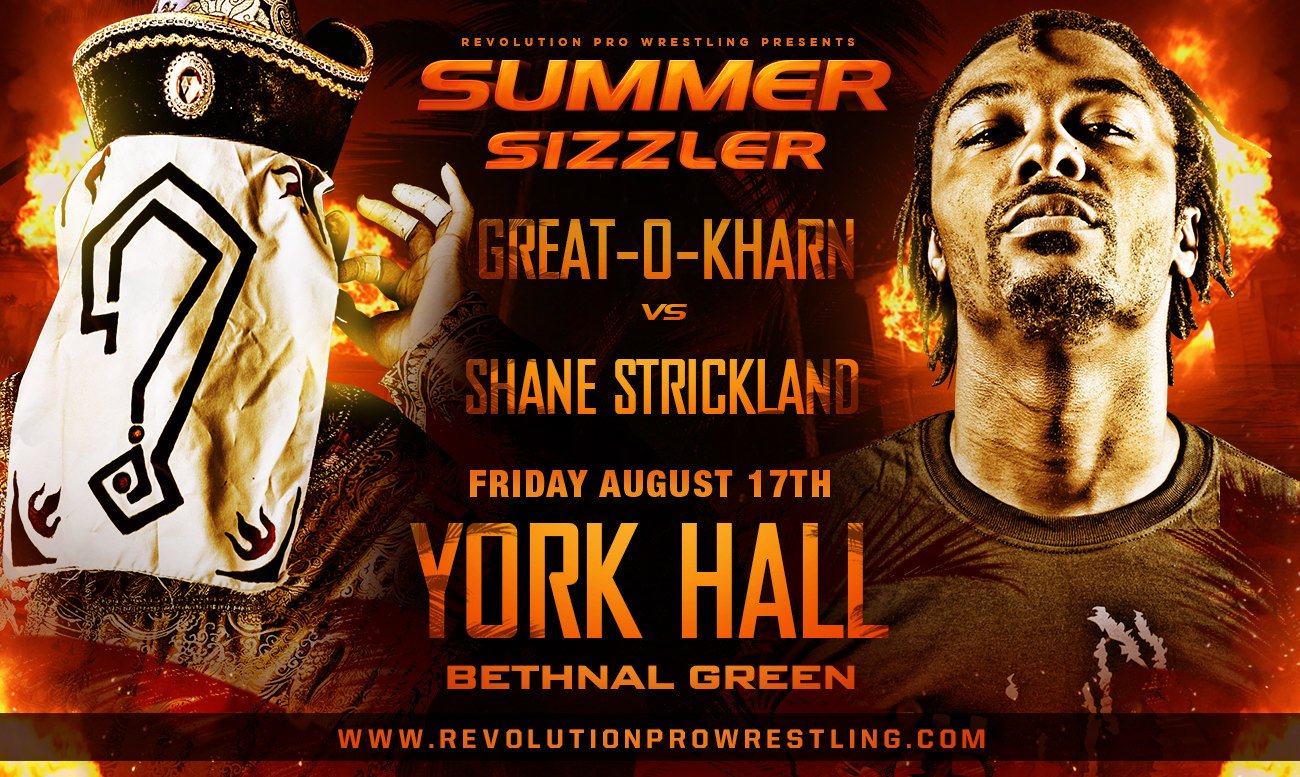