Phoenix Wrestling have confirmed the first match for their August 24th event, Oops… We Did It Again! at The Kino in Cork, Ireland.

It has been announced Butch and Marion of The Armstrongs will face More Than Hypes’ Darren Kearney and Nathan Martin in tag team action in Cork on August 24th. 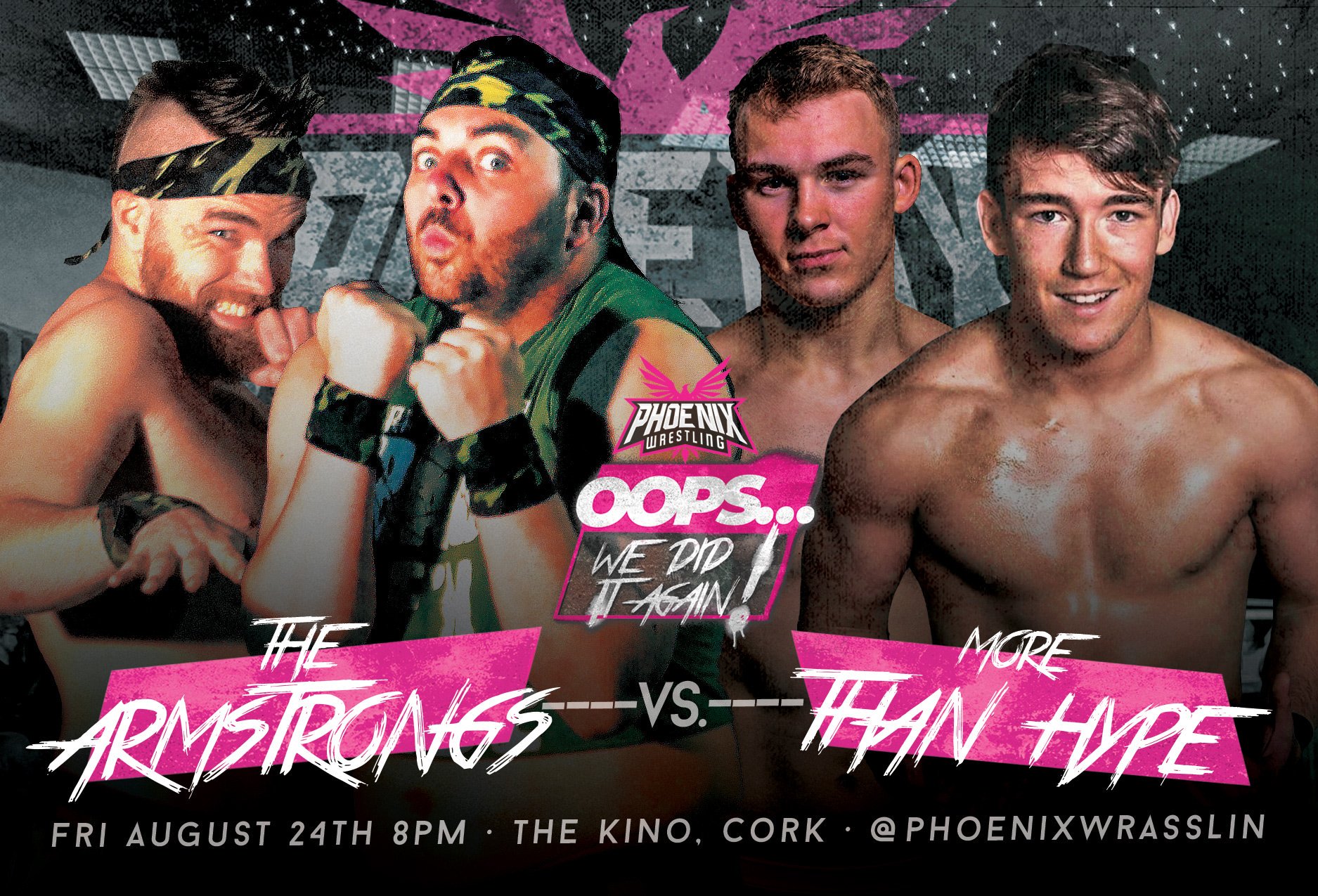