Wrestlezone have announced a third championship match for their September 1st event, Aberdeen Anarchy X at the Beach Ballroom in Aberdeen, Scotland.

It has been confirmed that Andy Wild will defend the Wrestlezone Tri-Counties Championship against Mr P, Nathan North and Zach Dynamite in a fatal 4-way in Aberdeen on September 1st. 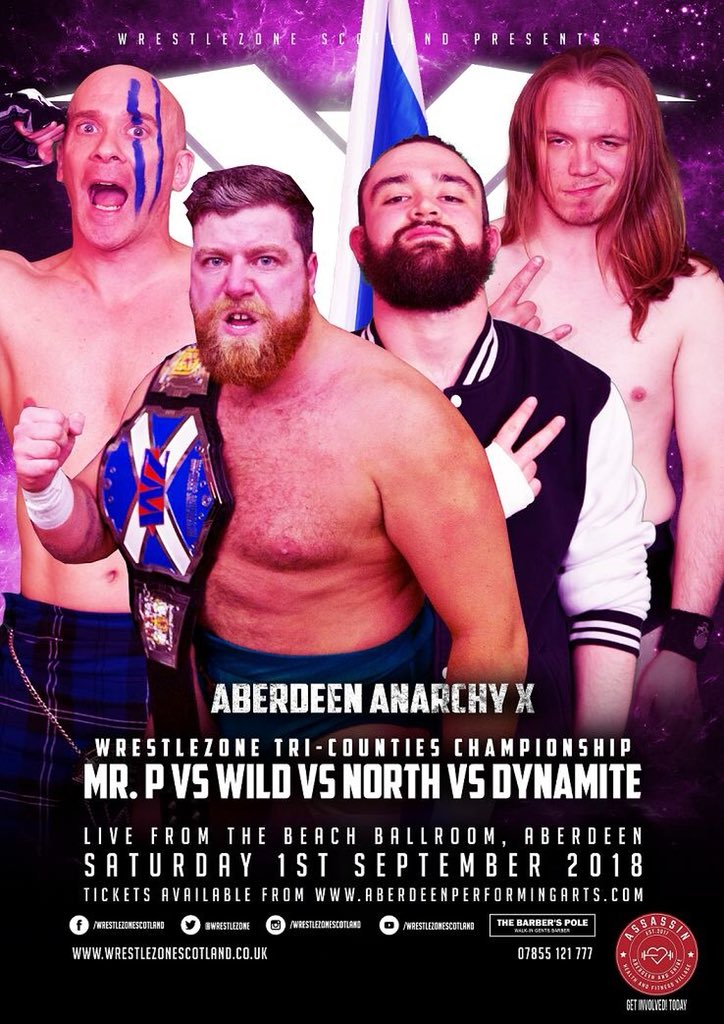 Tickets: Available now through the official Aberdeen Performing Arts website, here. Also available on the door, on the night (dependent on availability).