Ironfist Wrestling have confirmed a tag team match for their August 25th event, Butch Cassidy And The Dynamite Kid at the Bengeworth Social Club in Evesham, England.

It has been announced that Next Wave 5 will compete against Cal Adams and Josh Holly in tag team action in Evesham on August 25th. 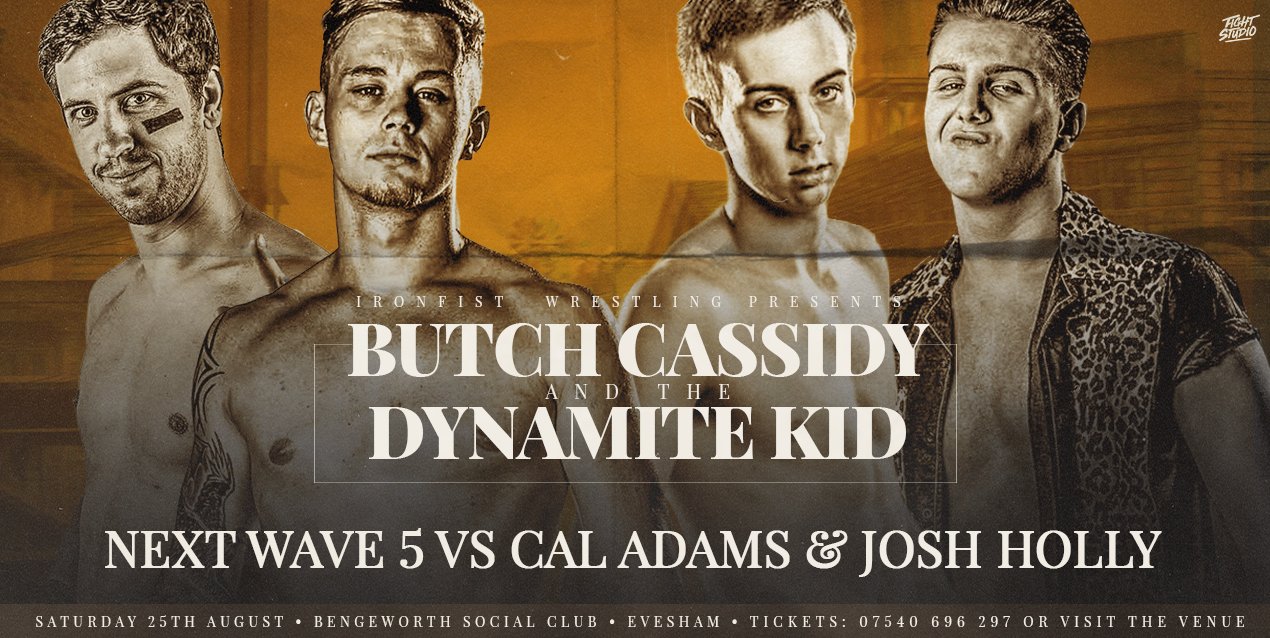