Main Event Wrestling UK have signed a seventh contest for their August 17th event, Here We Go at the Innisfree Sports & Social Club in Newcastle, England. 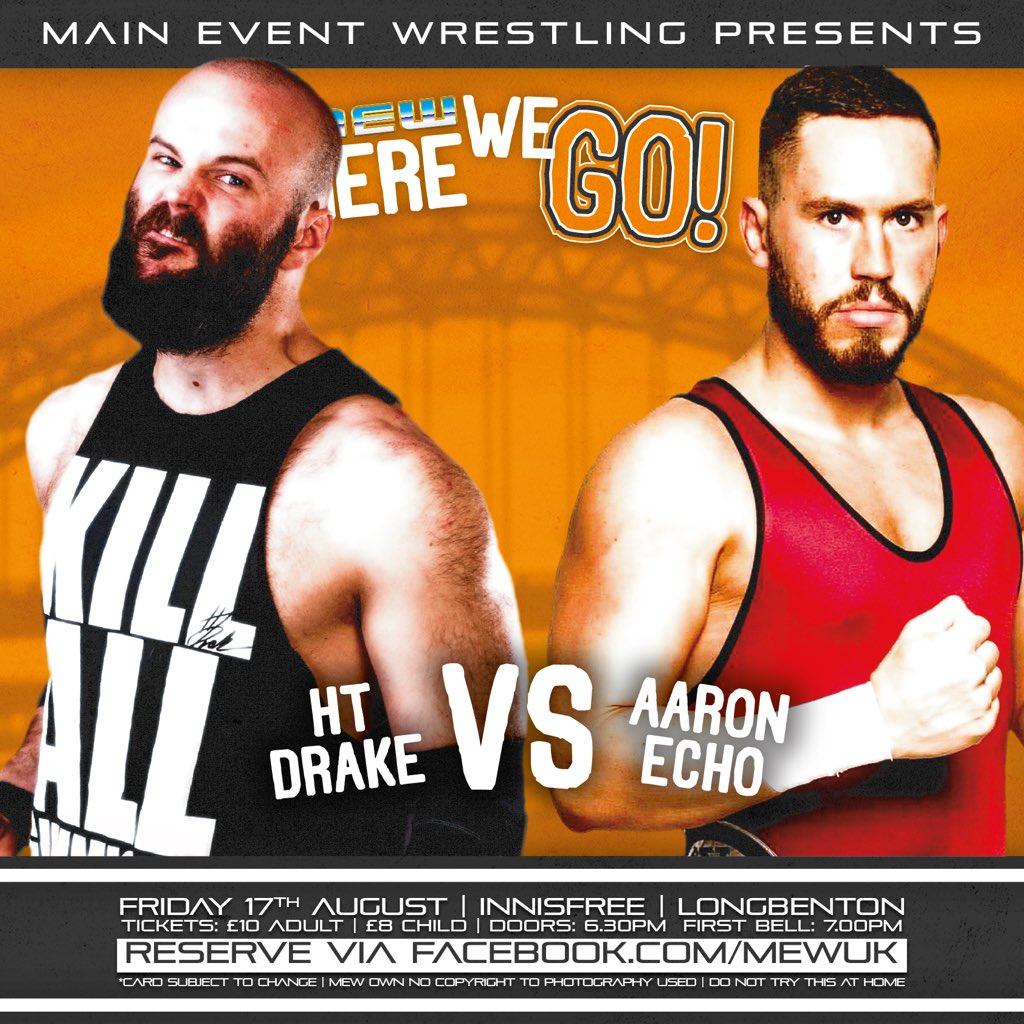 Assassin (c) vs One Half Of Byker Maul

Shreddy Brek vs Sean Only