Pro Wrestling Ulster have signed a championship match for their September 2nd event, Wrestival 2018 at S13 in Belfast, Northern Ireland.

It has been announced that Lady Valkyrie will challenge Lauren La Roux for the PWU Women’s Championship in Belfast on September 2nd. 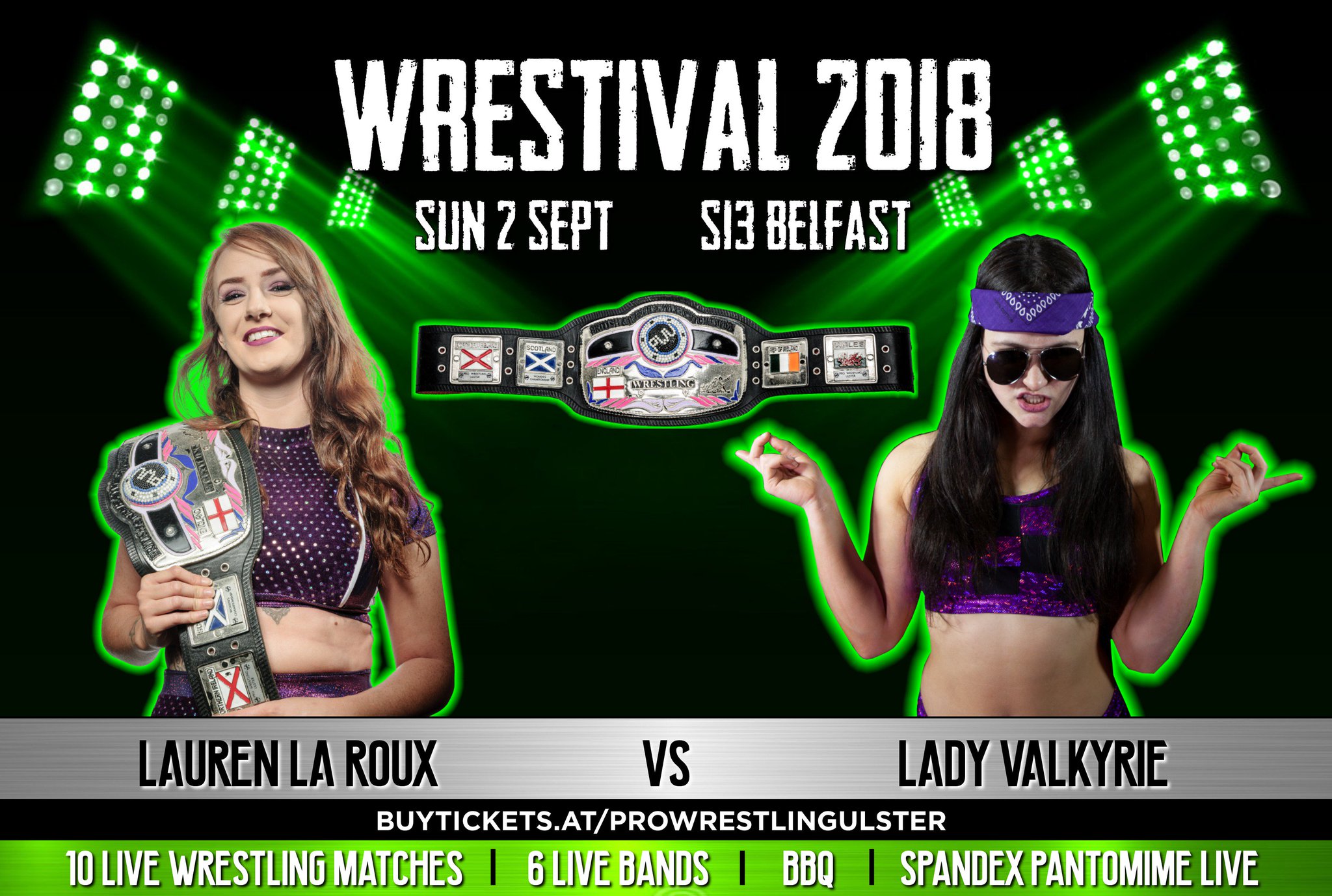