Discovery Wrestling have announced a third contest for their September 2nd event at The Jam House in Edinburgh, Scotland.

It has been confirmed that Damien Corvin and Bonesaw of Kings Of The North will face Polo Promotions’ Mark Coffey and Jackie Polo in tag team action in Edinburgh on September 2nd. 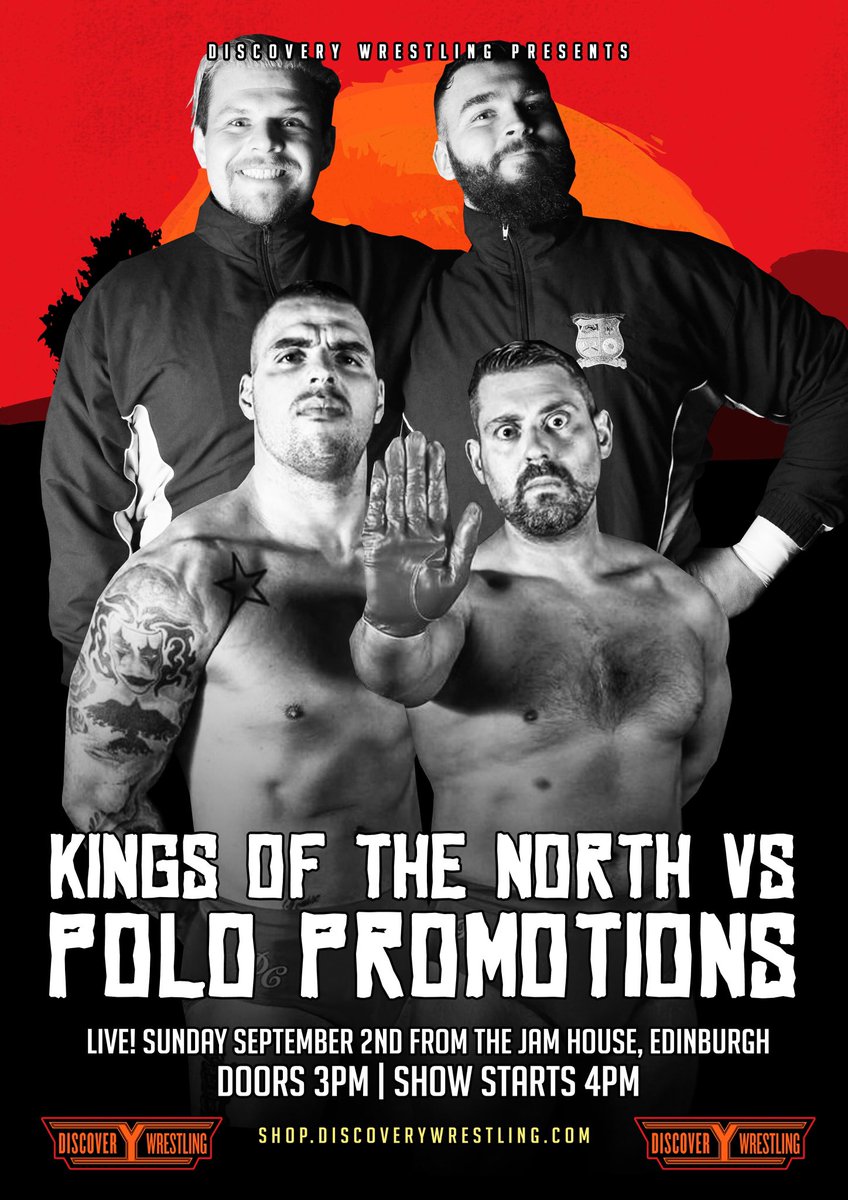