Southside Wrestling have announced a change to a match scheduled for their August 19th event, Retribution 9 at The Priory Centre in St Neots, England.

It has been confirmed that due to Kip Sabian no longer being able to appear, Suicide will now compete in a triple threat contest against Terry Isit and Brady Phillips in St Neots on August 19th. 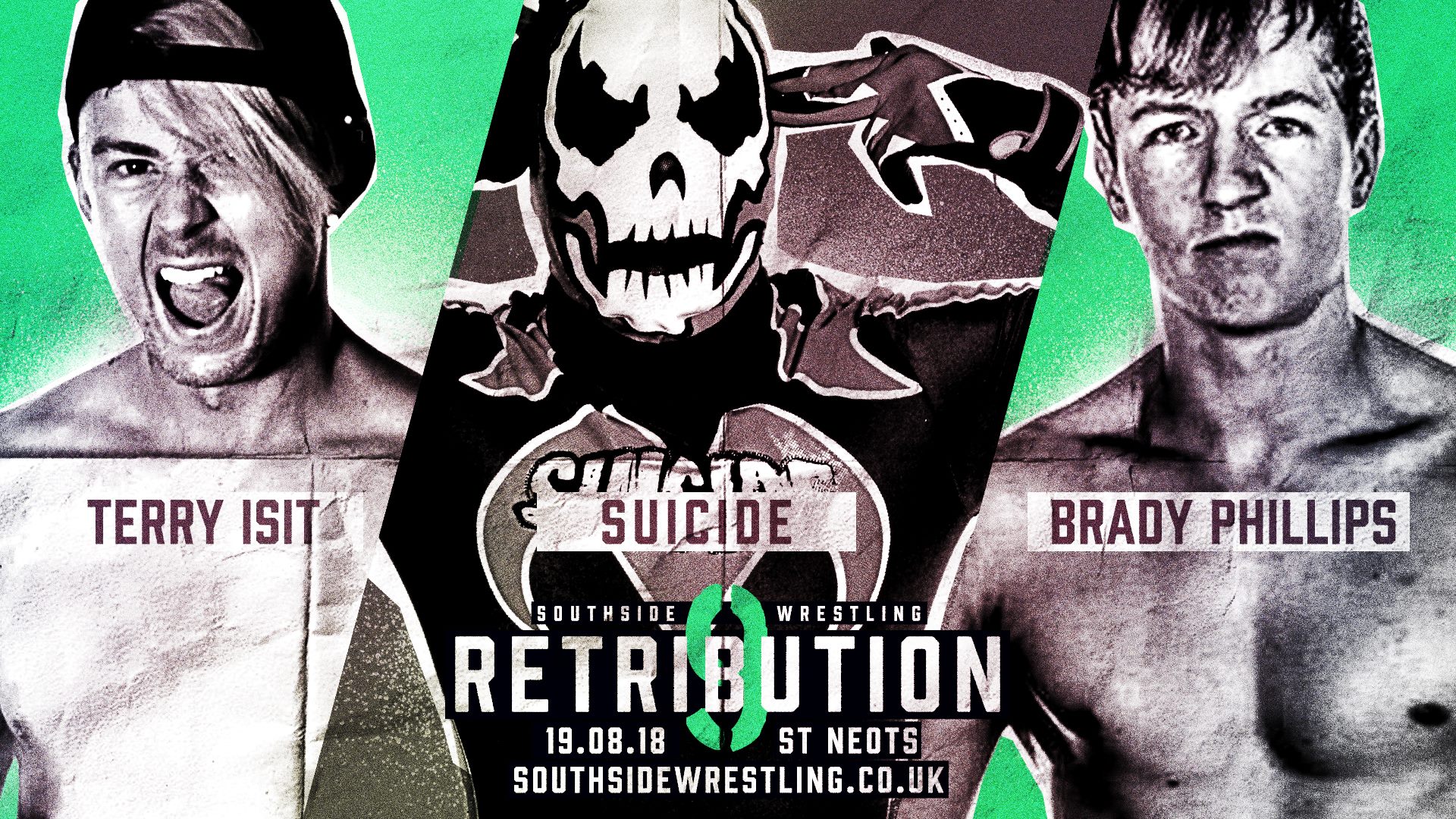