3 Count Wrestling have signed a second championship match for their August 12th event, Mid-Summer Showdown at the Dolphin Centre in Darlington, England.

It has been confirmed that Benji will defend the 3CW North East Championship against Sugar Dunkerton in Darlington on August 12th. 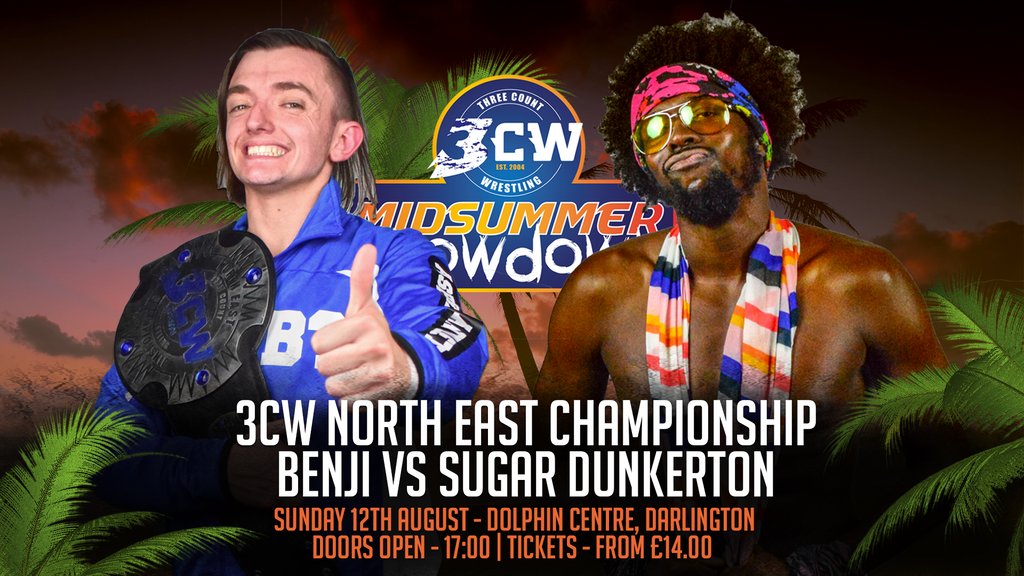