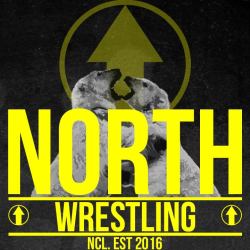 NORTH Wrestling have confirmed a fourth match for their July 14th event, The Storm Is Here at the Riverside in Newcastle, England.

It has been announced that A-Kid and Adam Chase of Team Whitewolf, Anti-Fun Police’s Chief Deputy Dunne and Los Federales Santos Jr, and Kip Sabian & Amir Jordan of Super Brotheys will compete in a triple threat tag team contest in Newcastle on July 14th.