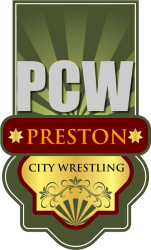 The first new contest announced will see Dean Allmark defend the PCW Cruiserweight Championship against Martin Kirby in Blackpool on August 5th. The second new match scheduled for August 5th shall see Chris Ridgeway and CJ Banks face each other in singles competition at the Blackpool Tower Ballroom

Tickets: Available now through the official Preston City Wrestling website, here. Also available on the door, on the night (dependent on availability).