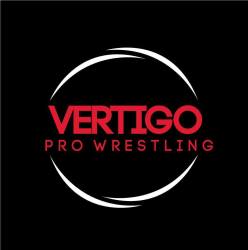 Vertigo Pro Wrestling have confirmed a third match for their February 4th event, ‘Perfect Storm 2’ at The Gate in Cardiff.

It has been announced that Oliver Carter will make his Vertigo Pro Wrestling début when he faces Super Octane in singles competition in Cardiff on February 4th.

Vertigo Pro Wrestling announced the match with the following:

As we begin to kick into high gear for the next chapter of Vertigo Pro Wrestling we are delighted to unveil our next contest for #PerfectStorm2and the debut of one of Europe’s fastest rising stars as we welcome Oliver Carter standout performer and current World Heavyweight Champion ofNew European Championship Wrestling in his Welsh debut as he goes one on one with the unpredictable and high flying SUPER OCTANE.

Who’ll come out on top in this UK first! Find out on February 4th at The Gate, Cardiff, United Kingdom at Vertigo Pro Wrestling’s 2nd anniversary showcase.

Grab your tickets for our anniversary NOW via Ringside World or the ticket hotline.

“The Pride Of Wales” Eddie Dennis vs Jez Gardner