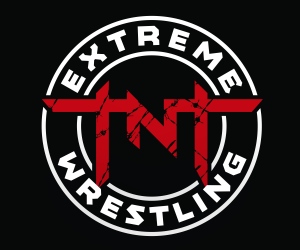 TNT Extreme Wrestling have confirmed a Merseyside Street Fight for their June 18th event, ‘Going Off Big Time 2016’ at Fusion Nightclub in Liverpool.

It has been announced that Keith Myatt and Ruffneck of MOB will face The Manc Union’s Sam Bailey & Ashton Smith in a Merseyside Street Fight in Liverpool on June 18th.

TNT Extreme Wrestling announced the match with the following:

The actions of the Manc Union at Merseyside last February has left the team shocked and dismayed. Not only did they cause in the ring they caused it backstage too as footage has just been released of a mysterious figure leaving Ruffneck laid out after the main event featuring Bubblegum and Rampage Brown…

It all started with the Manc Union (with their associate @Harvey Dale – “The Man With The Golden Tongue” squared off against Ruffbull. As Ruffneck went for the win Sam Bailey caused a DQ. Ruffneck seeking revenge went on the attack after the bell only for Harvey Dale to cable tie his wrist to the rope. The Babyfaced Pitbull was then savagely beaten with the helpless Ruffneck looking on…

Revenge was clearly on Ruffnecks mind in the main event when during the Manc Union interference, Ruffneck came to the aid of Rampage Brown with the wrench that was used against his fallen tag partner. He chased Aston Smith backstage only to be attacked by a hooded figure and seemingly left for dead like his tag team partner earlier…

Ruffneck has demanded that retribution is served at TNT Extreme Wrestling presents Going Off Big Time 2016 and he’s called on none other than his old tag partner and British legend Keith Myatt to take on The Manc Union in a Merseyside streetlight!
Will The MOB be able to get revenge on the Manc Union for their fallen comrade Babyfaced Pitbull?…

Tickets are NOW on sale at…

Tickets: Available now through the official Skiddle website, here. Also available on the door, on the night (dependent on availability).