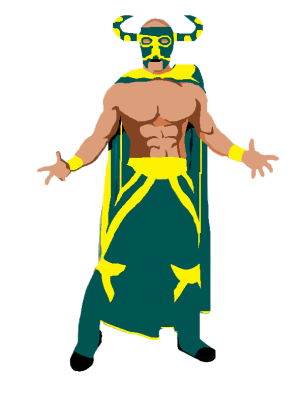 This weekends activities were all about diversions. Loads of them. On the road this week were loads and loads of diversions. Fuck you diversions.

Anyway, now that I’ve said that, what the actual theme of the weekend was, was a Southside triple header. Ben Auld and family decided to massively stress themselves out again by running 3 different towns in 3 nights, including a brand new venue in Essex. And you know what? They drew massive numbers at each, pretty much selling out all 3. Huge credit to them for it, I’d never ever want to attempt anything like that.

As far as my own personal experiences of the 3 days go…..well….I pretty much got the shit kicked out of me didn’t I. The first night, X-Pendables in Nottingham, first saw me tell The Righteous Army to go bollocks when they attempted to recruit me, then saw me levelled with a steel chair and kicked in the groin by my turncoat partner Kay Lee Ray, who HAD in fact joined their ranks. There was about 8 minutes worth of me pretty much battling Connors and Havoc on my own first, but the main thing I took away from it was a sore head (both above and below the belt). If KLR wanted the crowd to hate her, mission accomplished.

The theme of me getting nailed continued the next night in Purfleet at Supremacy 2015, when my entrance for a 5-Way Match was interrupted by her popping out to rub the previous nights activities in my face, leading to her swinging for the fences and attempting to decapitate me with Connors’ MITB briefcase. Trust me, that hurt. Not one to just lie down though, I made a (rather welcome) return later on in the night to stand alongside TNA star James Storm, as we tore the Circus Tavern apart in our way with the Army. Seriously, I think we might have broken some stuff. Despite me doing my obligatory ‘Ima find something to flip off in the venue’ moment, we were on the losing end when the briefcase came into play again. But I did share a pint with my new bestest pal James Storm afterwards (I had one sip and then gave it to Andrew Everett).

The final night, Battle Of The Egos 5, I had the chance to wrestle one of the worlds best, in Chris Sabin. Despite the presence of the Righteous Army on commentary, and the fact that my ribs were taped up, I felt Sabin and I clicked really well. He’s a tremendous athlete and a thoroughly lovely man, and I sincerely hope this is far from the last time we get to wrestle each other. I appeared a couple more times that night, once to prevent Havoc from stealing the Speed King Championship (Man, did I try and put that chair through his face) and secondly, to run the RA off after stealing the SWE Championship off a badly hurt Robbie X, with the back up of Stixx and Nixon. Stixxon?

As you can read, the theme of the weekend was very much myself becoming embroiled in a feud with The Righteous Army and their new recruit Kay Lee Ray. KLRrsehole more like! In all honesty, I thrive on stuff like this. I’m not one to say there’s no place for ‘fireworks matches’ or athletic sprints in wrestling. There 100% is, they definitely have a place. But, and I tell my students this, in my opinion, there’s only so long you can watch a fireworks display before you want to watch a film. Stories and feuds make wrestling, hooks to keep people coming back. There’s only so many ‘Indy dream matches’ a card can handle before crowds want something substantial to get their teeth into.

Seriously though, those diversions.

Our thanks to Nik Towers for the use of his artwork in the column header. You can see more of Nik’s artwork at the Wrestling Artwork NT Facebook page.

Additional thanks to Brett Hadley Photography & The Ringside Perspective for the images used in the article.